Ultralife Corporation is helping military device manufacturers develop longer-lasting products with its new Lithium Thionyl Chloride M1 battery. The battery, which is the military battery specialist’s highest density offering to date, is lightweight and can be used in remote sensing and surveillance applications. 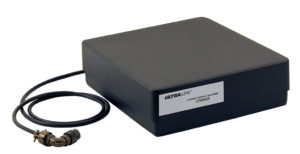 Ultralife has developed three variations of the M1 battery, ranging in size and weight from 3.3kg to 10kg. A soldier’s kit can weigh anything between 40kg and 80kg, so the M1 battery can be attached to armoury without impacting the soldier’s speed or performance. This factor is critical to the development of batteries for military devices.

The range also features an integrated one-meter length cable that can be used to connect the battery to the device. Depending on operational requirements, this allows the user to bury or covertly position the device so that the battery is easily accessible, making it easy to locate in necessary circumstances.

“The challenge for most battery manufacturers, particularly with military devices, is that the final product needs to be compact without jeopardising the quality of the power supply,” explained J.D DiGiacomandrea, applications engineering manager at Ultralife Corporation. “Accurate and extensive runtime of the device is also critical, especially as there can be unexpected extensions for soldiers on deployment operations.

“Soldiers need their batteries to perform for extended periods of time and under challenging conditions. The temperature and operating voltage has been traditionally known to affect the performance and runtime of Lithium Ion batteries. The Lithium Thionyl Chloride chemistry used in the M1 range, however, is resilient in humid and arctic conditions.

“The battery is made with the best performing chemistry for extreme conditions available on the market at the moment. This makes the M1 a reliable power source for deployed soldiers operating covertly, while the integrated cable makes for quick and easy battery replacement without revealing the location of concealed devices.”

The batteries have been created at a time where remote sensors and surveillance systems or drones are more commonly used. It’s reported that $90.67 billion dollars was spent on command and control, communication, computer, intelligence, surveillance and reconnaissance (C4ISR) and electronic warfare systems in 2016.

In the military, surveillance systems like this are used to collect data directly from battlefields as a preliminary exercise from defence and border security officers.