Powerbox, one of Europe’s largest power supply companies, and for more than four decades a leading force in optimising power solutions for demanding applications, announces the launch of four new series of extra-wide input voltage range, 8W to 20W board-mounted DC/DC converters for railway and transportation industry. With a 13:1 input voltage range of 12V to 160V, the MAD33 (8W), MAD32 (10W), MAE35 (15W) and MAF35 (20W) have been developed to provide systems designers with a single part number that is able to power a large range of transportation industry applications (e.g. railway, industrial automation and automotive, remote radio-control), reducing inventory, time to market and documentation.

The MAD-MAE-MAF series are designed to meet railway specifications EN50155, EN50121-3-2, EN61373 and EN45545, but as well ISO7637-2 for 24V vehicles, and EN12895 for industrial trucks and other industrial applications such as robotics. The 8W MAD33 is packaged in an industry standard DIP24 case, and the MAD32, MAE35 and MAF35 are housed in a 2×1 inch case. All four series have a typical efficiency rating of 86 per cent, which considering the extra-wide up to 13:1 input range is an outstanding figure. 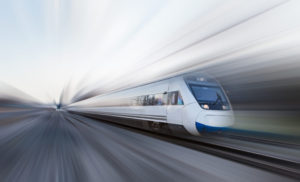 With the development of connected devices and Internet of Things (IoT), the number of points-of-interaction and sensors are rapidly increasing. Systems designers are facing challenging situations by having to develop products able to operate in many different applications powered by a large range of voltages – versatility is the name of the game. As an example, the railway standard EN50155 specifies no less than six different bus voltages (24V, 37.5V, 48V, 72V, 96V and 110V) including brownout (voltage drops) and transient surges during start-up. Considering many equipment could be connected to any of those six voltages, system designers have to be able to guarantee that their equipment will operate from 14.4V to 154V, include brownout (voltage drop down to 14.4V) and a one second transient of 154V as specified in EN50155. With an operating input voltage range from 12V to 160V and a power rating range from 8W to 20W, the new MAD-MAE-MAF series converters from Powerbox are the Swiss army knife power solution, simplifying design while shortening time-to-market and reducing documentation and inventory.

“Time to market is very important for systems designers as is simplicity of the sourcing / supply chains in order to reduce downtime in the case of trains maintenance or hardware upgrades. Both are driving forces behind extra-wide input range converters and we see similar demands from other industries such industrial automotive,” said Martin Fredmark, Powerbox’s VP Portfolio Management. “Designing 13:1 input range DC/DC converters is very challenging in order to optimise all parameters while keeping the highest possible efficiency levels across the whole input voltage range, and we are proud that our designers achieved this in the new MAD-MAE-MAF series.”

The new series of converters are suitable for low power loads and devices in railway applications such as communication devices, GSM-R phones and their docking stations, routers/Wi-Fi access points, small screens, USB charging sockets (both in-seat and driver’s cabin), sensors, and standby power for larger devices. 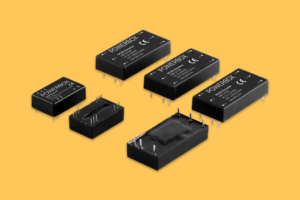 Designed for ruggedised environments, the MAD-MAE-MAF series meet thermal shock and vibration requirements as specified in EN61373 and MIL-STD-810F, and they all meet the Fire and Smoke EN45545-2 standard.

All models within the MAD-MAE-MAF series feature full protection level sets including input voltage lockout, short-circuit protection and current limiting. All units operate at a fixed switching frequency and including PI type input filters. The operating temperature range is from -40 to +85 degrees C ambient (maximum 105 degrees C case) and storage is from -55 to +125 degrees C.