Plessey announced today that its chip scale packaged dotLEDs have been shortlisted in Elektra Awards” category of Design Team of The Year.

Acknowledging product innovation and business success in the industry for more than a decade, the Elektra Awards celebrates the achievements of individuals and companies across the electronics industry.

The CSP-300’s core LED chip is based on Plessey’s proprietary GaN-on-Silicon manufacturing technology, which is built on six-inch silicon wafers.  This technology enables the lowest LED product cost combined with a superior thermal performance compared to competing technologies.  Designed for wearable technology applications such as smart watches, mobile backlighting and textiles, the dotLED has a footprint of only 0.55mm x 0.55mm and offers multiple whites, red, green and blue colours with various levels of light output. 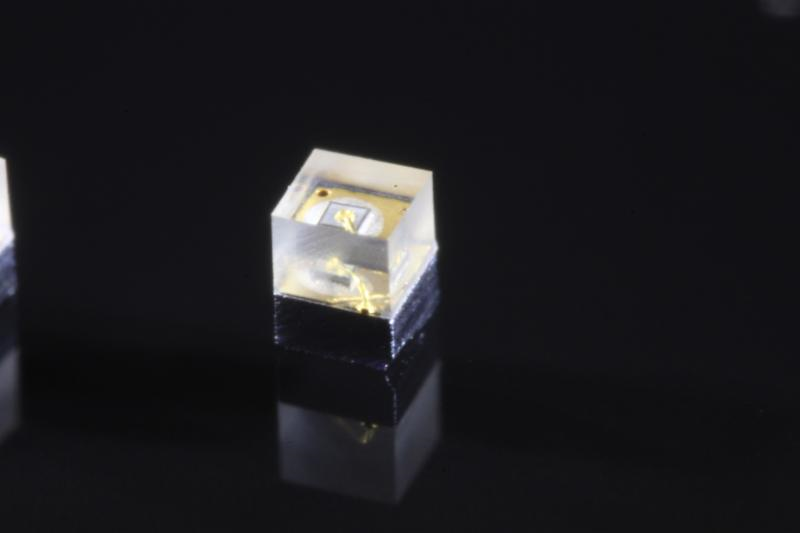 “The dotLED is the smallest wearable LED in the market with a true optical centre in a square form factor. This feature has critical impact in the end application, for example when it is desired to build a miniature array of devices in a display application.  Competitive products with non-optimal centring and larger footprints do not allow the same small form factor arrays to be manufactured.  With our design and manufacturing technology, and future evolution of circuit assembly techniques, future products could be as small as a 0.27mm square footprint with the same performance.”