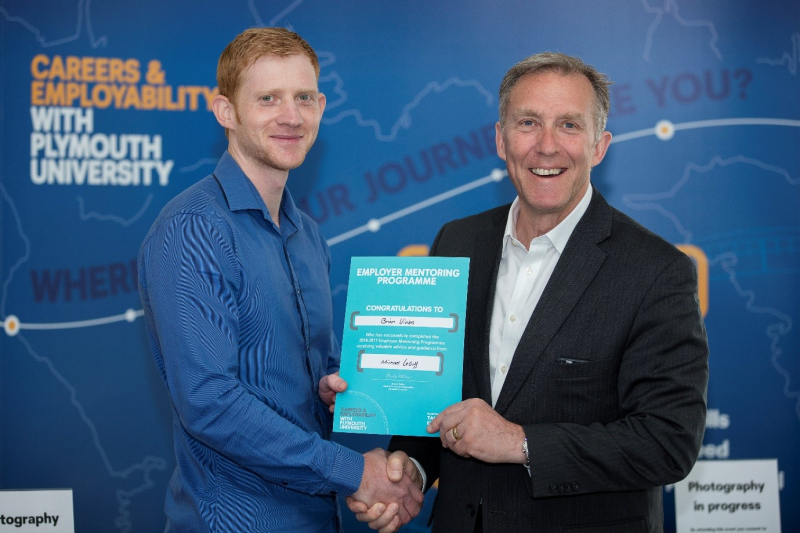 Introduced by the University of Plymouth, the Tamar Engineering Project (TEP) is a mentoring and financial award programme developed to help remedy a technical skills shortage in the UK. The Royal Academy of Engineering estimates that British industry will require 100,000 new graduates in science, technology, engineering and mathematics (STEM) subjects every year until 2020 if it is to meet its growth aspirations. However, the UK higher education sector has been producing fewer than 90,000 STEM graduates each year.

The high achieving students chosen for the TEP pilot were selected from courses in computer science, computer systems and networks, civil engineering and mechanical engineering. Further mentors will be recruited before the project launches fully in September, to coincide with students starting their first semester of 2017-18. Students interested in applying need to return completed TEP application forms downloadable from University before the closing date of 31st May. Guidelines for applicants are also available online here while general information is available via the University’s website: www.plymouth.ac.uk/campaign/tamarapply

“Engineering underpins the very fabric of our country and economy – from our transport infrastructure to our digital communications – and is critical to our exports. However, we have failed to produce enough engineers in the UK,” comments Stephen Ball, who served as CEO of Lockheed Martin UK between 2009 and 2015 and is one of the University’s most famous alumni engineers.

“A mentoring and access programme operating in collaboration with industry, like the Tamar Engineering Project, can reach into those socio-economically vulnerable sections of society and offer them the resilience they need to be successful in higher education. If we can help those with a passion for science and engineering to be successful, then we can make progress to close the technical skills gap.”

Michael LeGoff, Plessey’s Chief Executive Officer added: “I was first introduced to the Tamar Engineering Project by Stephen Ball. He outlined his own personal journey, making his way from a disadvantaged background to leading one of UK’s largest and most critical engineering-based defence organisations, Lockheed Martin. Once Stephen explained what he was trying to achieve with the scholarship programme and described how he had already been mentoring a University of Plymouth student during the past year, it was a straight forward decision for me to commit my support to the project.”

“Once I signed up to the programme, the University provided an excellent induction process and I was quickly assigned a student to mentor. Brian Viviers, a mature student, had finished in the top of his class and was accepted to study for a Master’s degree at the University of Bristol. I helped Brian map out various decision points based on outcomes, which helped him focus on short- and long-term project and career goals. It was a fantastic experience and I am looking forward to mentoring another student when the new semester starts.”

Professor Kevin Jones, Dean of the Faculty of Science and Engineering, the University of Plymouth, said: “The Tamar Engineering Project responds to the latest recommendations from the Higher Education Funding Council for England (HEFCE) about underprivileged groups accessing higher education. But more than that, our hope is that it will help with retention of students, and through the mentoring side, provide a springboard for personal and career development. It is very rare that students have an opportunity to gain such advice and guidance from senior figures in industry.”

The TEP programme covers 29 degree courses at Plymouth across engineering, computing and robotics, and is aimed at students who are high-performing but also meet certain socio-economic criteria, such as coming from a low-income family, those who are a carer, a care leaver, or are from an area designated as ‘low participation’ in higher education. Students who apply and are successful will each receive an annual bursary (including a £1,500 course fee waiver and £3,000 living costs per year of study), as well as mentoring from an industry professional.