Plastic Logic, a design and manufacturer of glass-free electrophoretic displays (EPDs), has achieved a breakthrough 155% improvement in the display density of its plastic EPDs. To demonstrate this capability the company has produced a sample display with a pixel density of 500ppi. 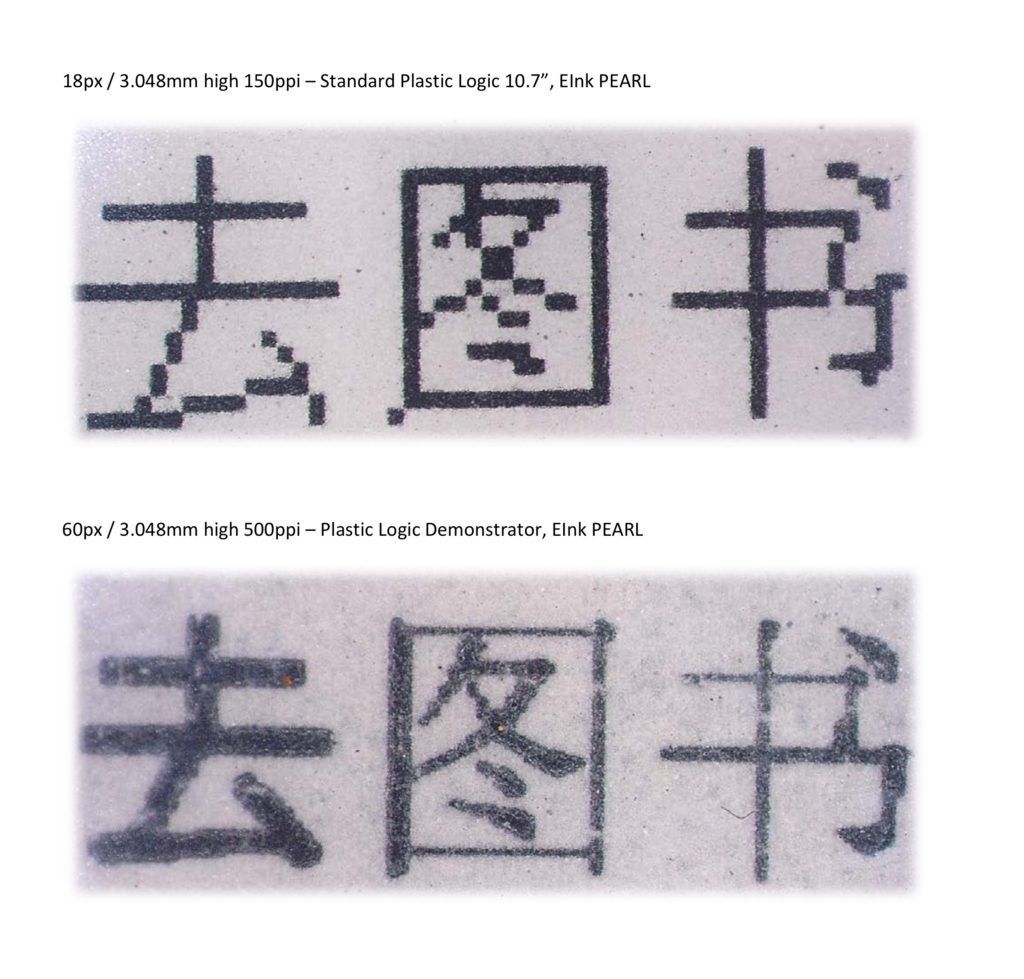 This impressive, industry-leading improvement has been achieved solely through advances in Plastic Logic’s transistor matrix backplane, with the new displays using the same Eink overlay as the company’s previous displays. Further image improvements can be expected when using the latest e-paper technology. Prior to this technology breakthrough Plastic Logic’s most advanced commercially available display was 196ppi in a 4.7” form factor.

Tim Burne, CEO, Plastic Logic, commented: “Our flexible OTFT driven EPDs have so many fantastic advantages over traditional glass displays, in terms of their power consumption, daylight readability, etc. but one of the perceived limitations of the technology has always been the display density. With our new 500ppi display capability we’re not only breaking through that barrier and giving ourselves a real competitive advantage but also creating a real opportunity to widen the potential appeal of ePaper technology. New generations of e-readers, luggage tags and signage can all really benefit from this improved display density along with a whole raft of new use cases that haven’t been imagined yet.”

Making products as visually impressive as possible is the challenge for any display technology. As well improving the definition of general imagery, Plastic Logic’s 500ppi displays makes written text much sharper. This is particularly positive for symbol-based languages such as Chinese and Japanese where detail has previously been lost due to PPI limitations. Another use case benefiting from the improved display density would be applications where accurate lines/measurements are critical, such as ePaper rulers, portable mapping or CAD drawings.