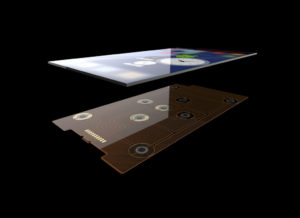 Peratech, a world leader in force-sensing technology has introduced a new force touch sensor for use with mobile devices. The distributed force array (DFA) sensor uses Peratech’s proprietary quantum tunnelling composite (QTC) technology to provide an array of single point sensors that can be used in conjunction with a position sensor (such as capacitive) to measure force and correlate it with position.

The DFA sensor’s variable input force allows for additional, or new, functionality, such as the ability to navigate device menus and perform other operations via single-finger touch. The DFA sensor also allows for correct haptic feedback when the force reaches a pre-selected activation point, a feature that obviates false touch situations. 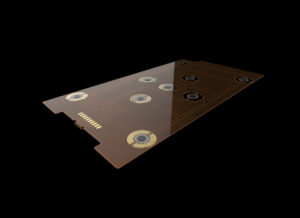 In multi-touch applications, the DFA’s proportional force sensing feature can determine the ratio of forces between presses (i.e. harder press to left or right), which can have benefits in improved control, especially in gaming applications.