The alliance aims to install a complete ecosystem with the corresponding hardware and software for the ISELED concept. The key product is a “smart” digital RGB LED in a very compact package. The focus here is not on the individual products, but on their interaction within the overall system. A special protocol ensures optimum coordination of the individual hardware and software components used by the system solution, thus guaranteeing optimum integration of the smart LED and the associated controller. Thanks to this innovative approach, not only can the LED controller be greatly simplified, but also the possibilities of in-car LED lighting systems can be significantly extended.

With the development towards more automated and autonomous driving, the use of car interiors changes fundamentally. The interior design acquires a particular significance not only due to the possibility of visual differentiation to the competition. On the other hand, the demands on the installed light sources, in particular on LEDs, are also increasing. The new generation of automotive interior or ambient lighting uses hundreds of LEDs, usually made up of flexible strips with a large number of RGB LEDs, which in turn have to be controlled individually to create dynamic lighting effects. 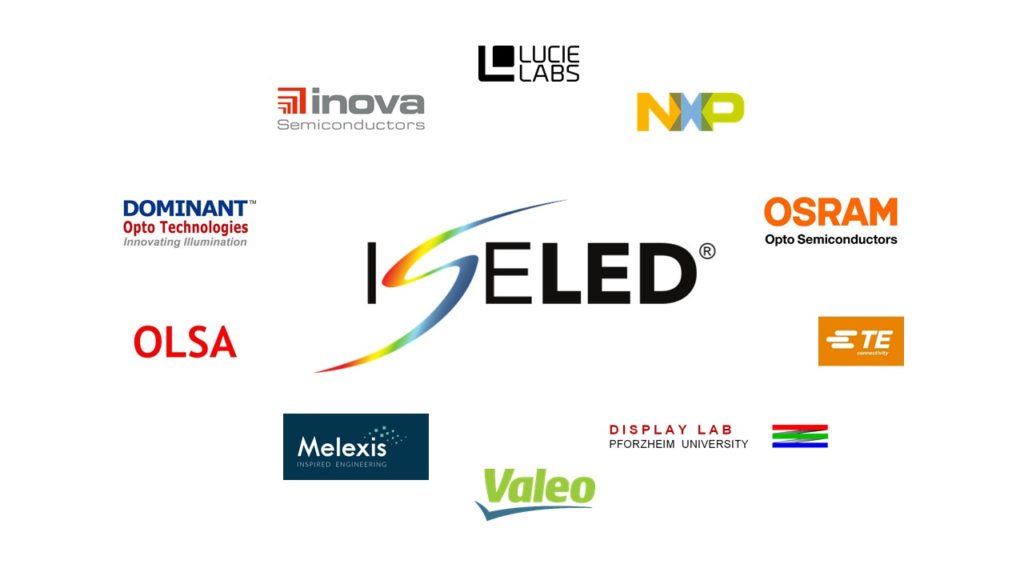 In the ISELED concept, each of the “digital LEDs” consists of a red, green and blue LED chip, which are integrated together with a controller in a small package and can be daisy-chained. In total, up to 4079 of these digital LEDs can be arranged via a differential 2-wire bus with a data rate of 2 Mbps and controlled by an external controller. With a data rate of 2 Mbps and using the corresponding application software – also available from ISELED partners – fascinating lighting effects with video speed are possible.

OSRAM Opto Semiconductors will soon be introducing the first prototypes of smart RGB LEDs on the market. “A key customer advantage of these innovative smart LED components is that the complex calibration for adjusting colour location and brightness between the individual LEDs is no longer necessary,” explains Hermann Senninger, senior marketing manager Automotive Interior at Opto Semiconductors. “In addition, this technology also opens up many other potential applications for our customers – first for the vehicle interior and later also for the exterior.”

“The addition of OSRAM Opto Semiconductors – one of the world’s leading providers of innovative LED products – underscores the growing acceptance of ISELED and its ecosystem as a highly innovative and forward-looking technology,” said Robert Kraus, CEO of Inova Semiconductors and a founding member of the alliance, welcoming the new member of the alliance. “With its extensive LED expertise and manufacturing know-how, OSRAM Opto Semiconductors will continue to strengthen the unique technology concept and enable new, previously unrealisable LED lighting capabilities for the next generation of vehicles.”