Accelerometers and velocity meters are used to measure a wide range of frequencies, including low frequency vibrations found in building maintenance. They occur at less than 2 Hz, and can also be useful in monitoring bearing wear in cooling tower fans and gearboxes for example.

To characterise the performance of its low frequency sensors in that range, which is too low for most test shakers, Monitran has developed a new high displacement test rig that can generate oscillations accurately at frequencies as low as 0.2 Hz. The system allows real-time back to back testing between different devices and its own inbuilt, calibrated MEMS sensors. 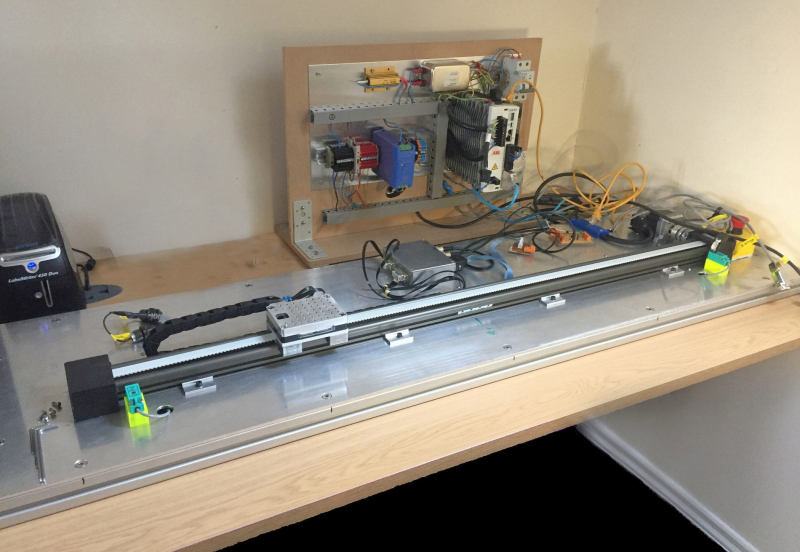 Its software produces fast code, at 1.7 milliradians per step, which generates fine sinusoidal motion for the linear track driven by a rotary motor.

The intelligent shuttle, which can carry a sensor payload of up to 0.5 kg, incorporates seven MEMS accelerometers, signal processing and a microcontroller to monitor its motion. It also includes a mechanical low pass filter and has an operating distance of up to 1000 mm, exerting up to 8 g acceleration to the devices under test. That amounts over 35 kilometres per hour peak velocity, down to nearly 1/20th of walking speed.