Find, place, draw—all in the browser 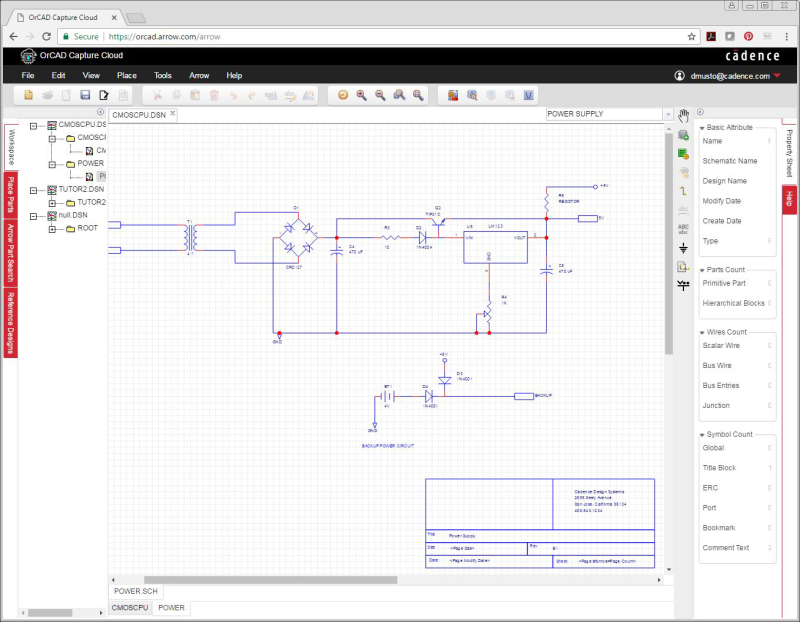 OrCAD® Capture is one of the most widely used schematic design solutions for the creation and documentation of electrical circuits. Fast, easy, and intuitive circuit capture makes OrCAD Capture one of the most popular design environments for today’s product creation. 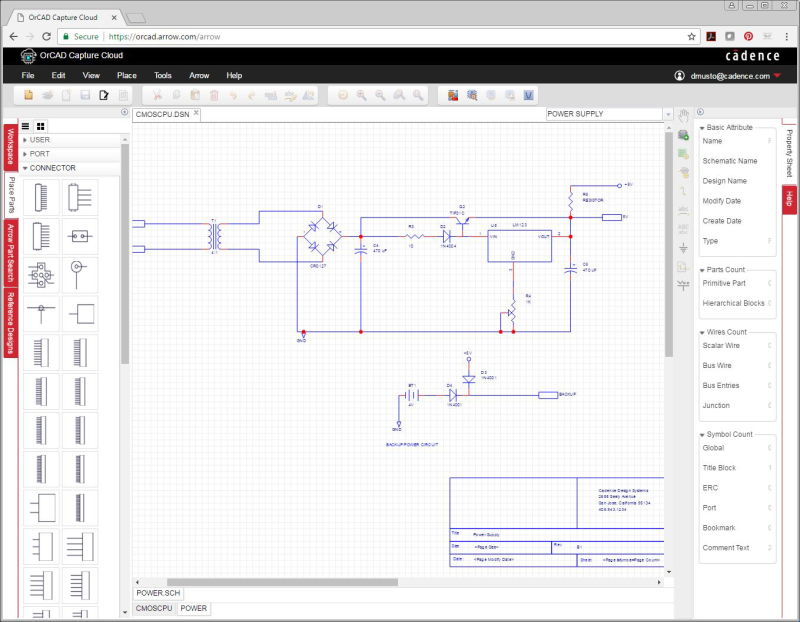 Instantly Capture Your Next Big Idea

You never know when and where inspiration will strike. Be ready, with OrCAD Capture Cloud. There is nothing to install and nothing to configure. Just fire up your browser and away you go. OrCAD Capture Cloud is true cloud software, 100% browser based with no local install, no updates, no maintenance, and is free to use. It provides a quick path from design concept to product realization and it is platform independent. 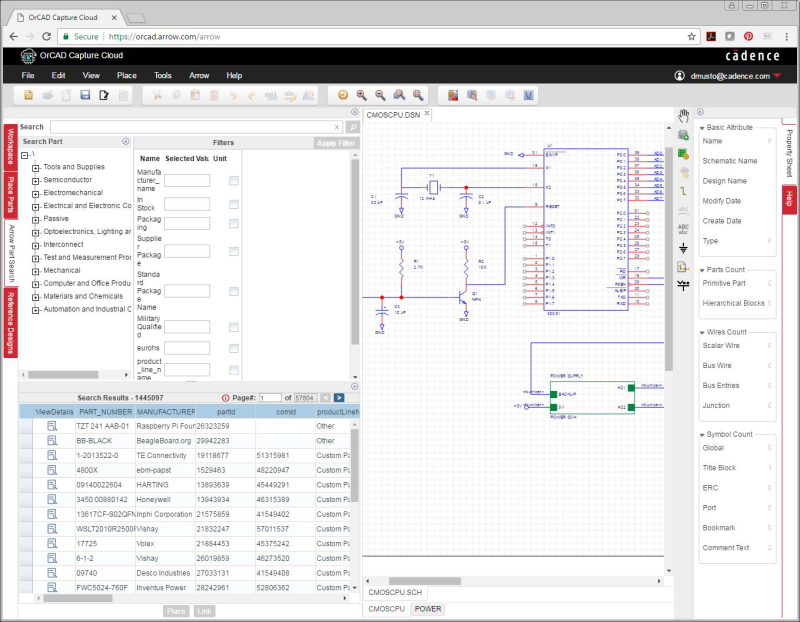 OrCAD Capture Cloud on orcad.arrow.com makes it easy to search through the millions of components, datasheets, and reference designs available on arrow.com—without ever having to leave the OrCAD design environment. Once you find it, just place it with an easy-to-use interface. You can save time by using symbols from the Arrow library instead of creating your own, and by leveraging reference designs to get a head start on your project. 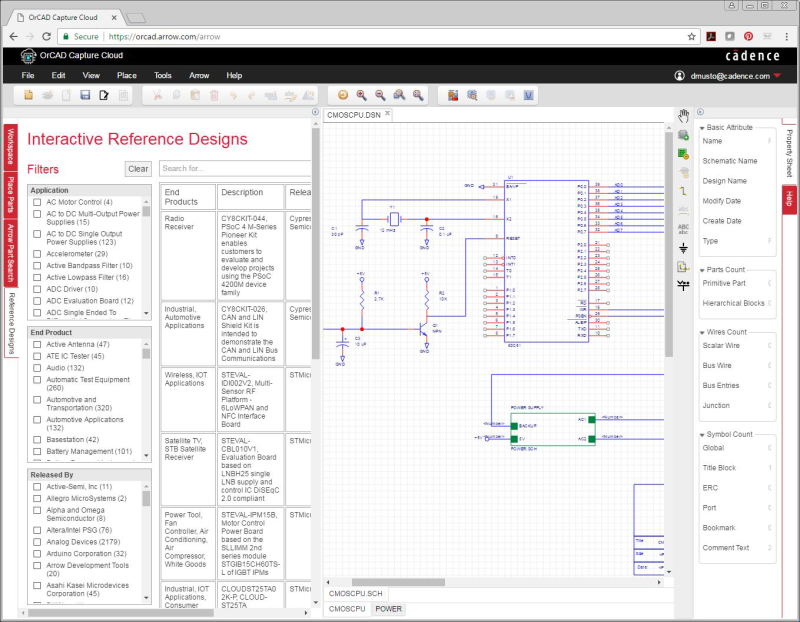 Industry’s Most Widely Used Schematic Tool, Now in the Browser

This is the real deal, not some hacky drawing tool from a company you’ve never heard of. This is the same OrCAD Capture everyone’s been using for years. OrCAD Capture Cloud has been years in the making—we’ve rebuilt OrCAD for the browser. It has a new, powerful, easy-to-use user interface so that you can get your design done faster. Best of all, OrCAD Capture Cloud is backed by Arrow and Cadence so your data is safe.

Got a great idea? Launch a browser and try OrCAD Capture Cloud today. 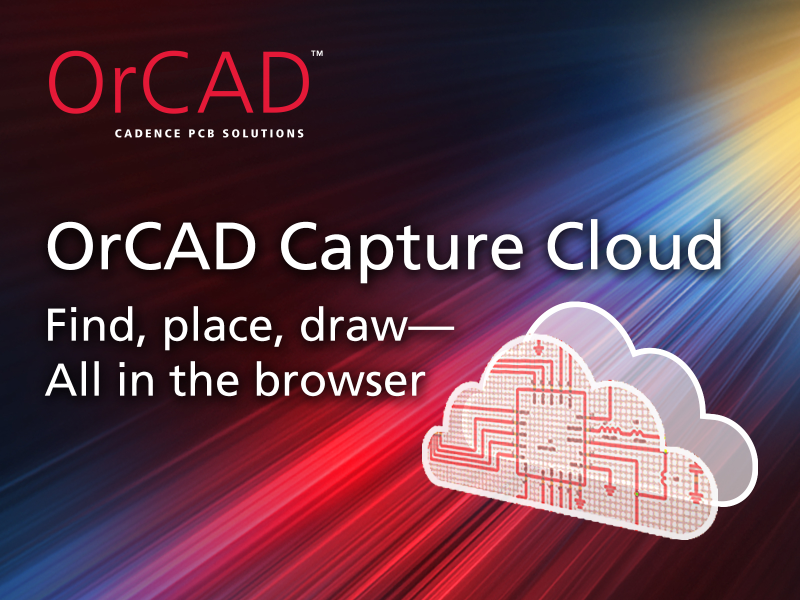