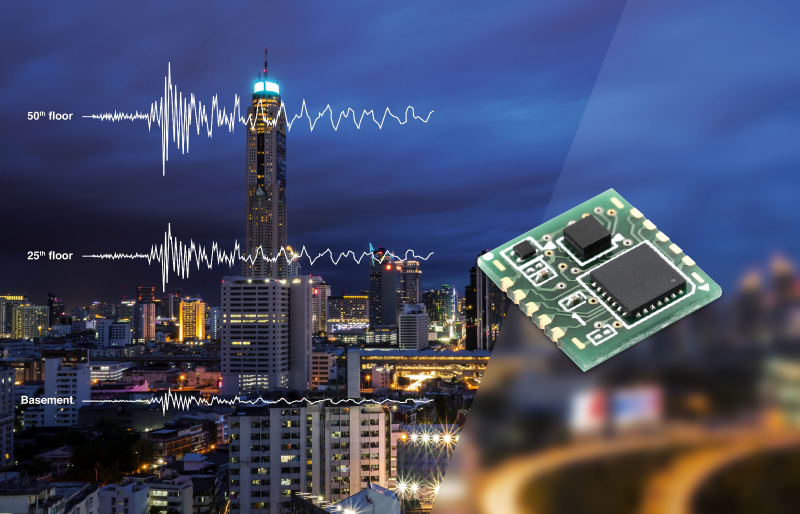 Omron Electronic Components Europe today announced the availability of what it believes is the world’s smallest class size seismic sensor, specifically designed to trigger the shutdown of potentially hazardous or easily damaged systems in the event of an earthquake.

Commenting, Fabrizio Petris, Senior Business Development Manager of Omron Electronic Components Europe said, “Earthquakes are extremely common around the world. On average, 50 earthquakes strike each day, or about 20,000 a year. Many are weak enough to go unnoticed but some are catastrophic. We can’t always predict when a catastrophe will strike. Using the new sensor from Omron, designers can make systems safer and minimise the risk of secondary damage after earthquakes by safely shutting off and stopping hazardous devices. The sensor can also help determine damage by mapping seismic intensity and providing building collapse information.”

A key feature of the sensor is its ability to distinguish between genuine seismic activity from an earthquake or from some other source. When an earthquake strikes, the D7S uses Omron’s unique spectral intensity (SI) value calculation algorithms to distinguish between seismic activity and other movement. The sensor includes a 3-axis accelerometer, and on the basis of the resulting measurements, calculates the SI value to assess the magnitude of the earthquake.

D7S is a highly compact, surface mountable module with overall dimensions of just 9.8 x 10.9mm, allowing it to be easily added to any system. The low power consumption of just 90 microAmps standby and 300 microAmps when processing, allows the D7S to be readily integrated into battery powered systems.