Omron Electronic Components Europe is launching a new dust sensor module, offering four times greater sensitivity compared with other LED dust sensors on the market. The higher performance and greater sensitivity of the sensor will allow tighter pollution control as well as the creation of more effective air purifiers and similar systems. 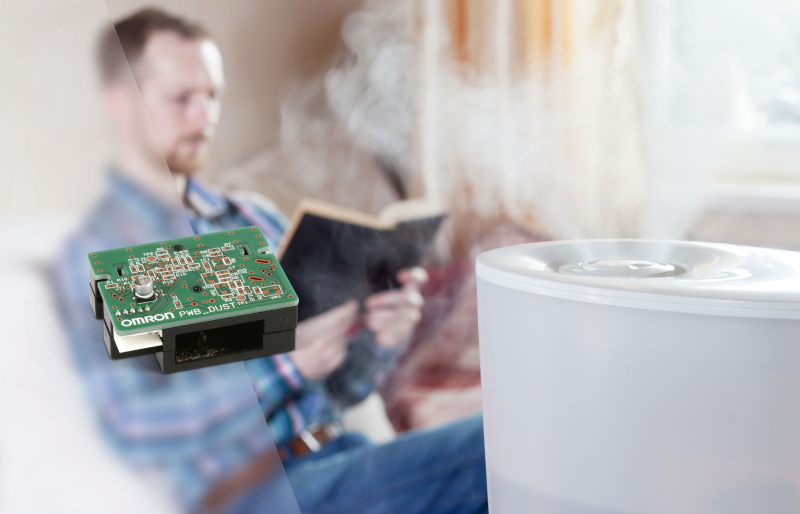 Omron’s Dust Sensor is able to detect particles as small as one micron, less than half the size of the PM2.5 standard for fine particulate matter in the atmosphere. It also features a high air throughput, of around six times that of established alternatives, giving improved sensitivity of response to changes in the environment.

Gabriele Fulco, European product marketing manager sensors, Omron said, “Controlling air pollution including emissions from vehicles as well as cigarette and other smoke is a major concern for city authorities and building managers alike. It is only possible to control what can be detected, so Omron believes it is making a major contribution to the environment and public health by launching this new, highly sensitive dust sensor.”

The new Omron dust sensor is highly compact, sized just 50mm x 45mm x 20mm – giving it an overall size of 20 per cent less than popular alternative solutions. The sensor is part of a growing range of Omron solutions for HVAC and other environmental systems. They include the D6F-PH MEMS pressure sensor and the velocity sensors D6F-V which incorporate a Dust Segregation System (DSS). The design of all Omron sensors guarantees very sensitive and temperature compensated measurement of air for a precise HVAC control.