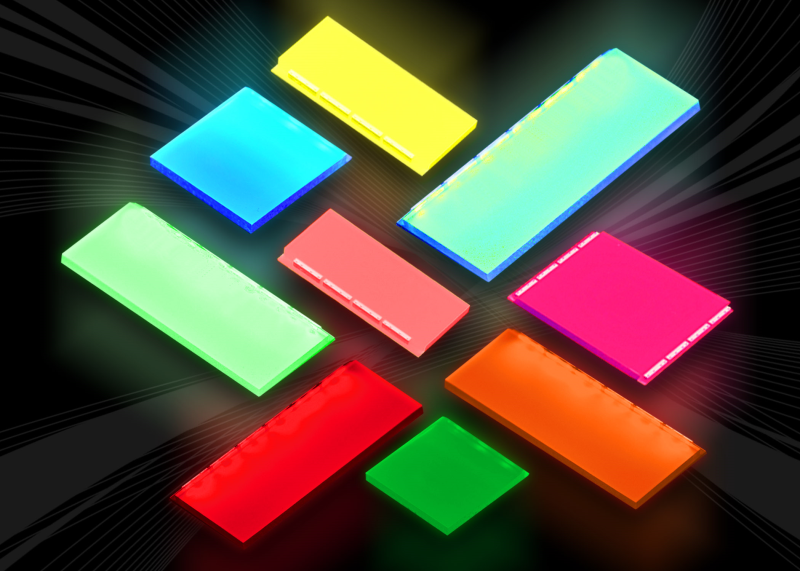 OMC, the pioneer in optoelectronics, announces it has developed a new technology that enables a whole rainbow of new LED backlight colours to be produced, including magentas and blue-greens.  Previously the only way to achieve non-standard LED colours was to use RGB colour mixing, which involves three times as many chips, complex wiring and requires drive circuitry to control the relative channel levels. OMC’s new series of profiled backlights with Active Reflector Technology™ produces a striking range of vivid, next-generation LED backlight colours, and gives designers far greater creative choice and flexibility.

As a specialist manufacturer of LED backlights, OMC can produce bespoke shapes, sizes and colours as standard, with no set-up costs for most designs and very low minimum order quantities. Designers can have samples in as little as a few days.  Next generation ART LED backlights suit multiple applications, including illuminating liquid crystal displays, logos, badges, signs and many more.