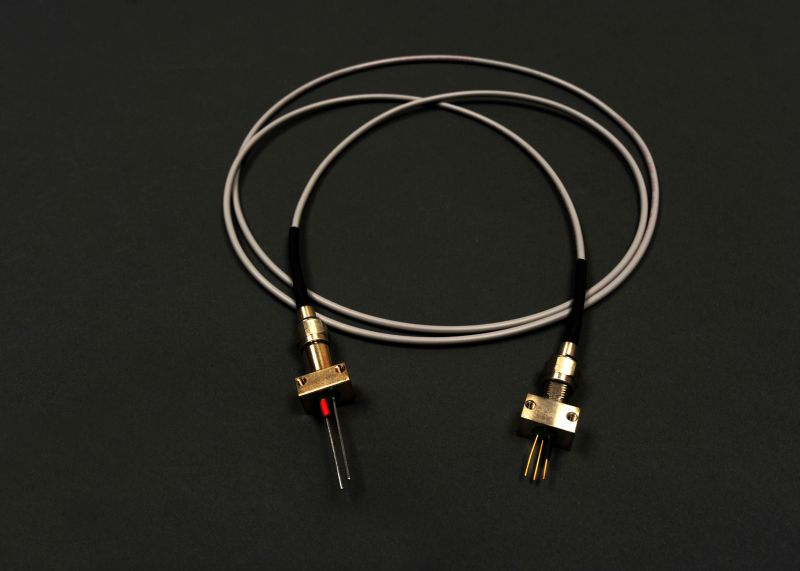 OMC, the pioneer in optoelectronics, can now deliver a full range of polymer fibre optic components and assemblies to ensure cost-effective, secure and interference-free data transmission. Ideally applicable in factories, machinery and other industrial applications over distances ranging from a metre to 50 metres, polymer fibre has not found the wide acceptance it might have done due to limited availability of high quality, versatile connectors and a general lack of expertise in assembling the connectors onto polymer fibre. OMC addresses both these challenges with its own extensive component range, a thorough understanding of polymer fibre and a long-established excellence in producing complete data link assemblies.

The emphasis with polymer fibre has all too often been to lower the cost of a system rather than exploit the technology’s major benefits of versatility, ruggedness and reliability. To address this, OMC’s connector range includes, in addition to well-designed, low-cost plastic moulded devices, a wide range of industry standard connector types such as SMA and ST, produced in rugged all-metal housings capable of providing reliable and consistent performance in industrial and even harsh or hazardous environments. OMC’s optical transmitter and receiver modules are actively alignedto achieve optimal performance for any particular system, and the company can manufacture their entire transmitter and receiver range to customer-specific requirements, attaining launch powers and sensitivities within tightly-specified windows.

Explains William Heath, OMC’s commercial director: “For the best part of 25 years polymer fibre has been under-utilised in many industries, due, for example, to erroneous suggestions that the fibre could be reliably terminated using such means as a simple scalpel cut. This led to many system failures and a deterioration in the reputation of the technology from which, in our experience, it has never recovered in some market segments. As a result polymer fibre systems are often only considered for very low data rates and distances of a few metres. However, if handled correctly polymer fibre is perhaps the most versatile and reliable of all technologies and we have had systems in the field for over 20 years that illustrate this point. There is no reason why a well-designed polymer system cannot achieve high transmission speeds and distances up to 100m while providing a service life of several decades.”

OMC is highly experienced in producing both polymer and glass fibre systems. In addition to the individual components, the company offers complete data links which include a transmitter, receiver and cable assembly that have been performance matched during manufacture to work together. This service allows design engineers to avoid “mixing and matching” off-the-shelf components, which often gives unreliable results. OMC is also able to advise on the correct choice of technology to suit each customer’s application.

Founded in the mid 1980s as The Fibre-Data Group, OMC is one of the longest established specialist manufacturers of optoelectronics in Europe, headquartered in Cornwall, UK. Accredited to ISO 9001:2008, ISO 14001:2004 and OHSAS 18001:2007 and winners of the UK National Electronic Component Award for Innovation, OMC is a pioneer in the development, manufacture and application of cutting-edge LED and fibre-optic technologies for a wide range of industries and companies worldwide, and places a major focus on research and development, engineering and innovation. OMC’s commitment to the highest standards of quality, performance and engineering support is recognised within the industry. OMC has four key manufacturing divisions: Fibre Optics; LED Backlights and Optical Mouldings; Discrete Optoelectronic Components; and Semiconductor (LED) Lighting.