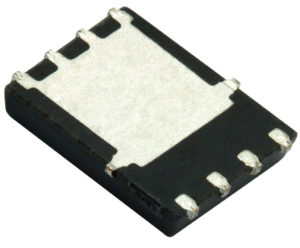 Now available in Europe through TTI, Inc., a world leading specialist distributor of electronic components, is Vishay’s new best in class 60V MOSFET SiR626DP. The product elevates DC/DC efficiency and performance across the load with minimum circuit rework. Peak efficiency is up to 15 per cent higher than competition. Power loss and power savings are more than 12 per cent higher.

The SiR626DP device reduces I²R conduction loss and features a 40 per cent lower RDS(ON) than the prior generation. This low RDS(ON) is even achieved in an 80 per cent smaller package footprint comparing to the last generation. The component increases both power density and output current per device.