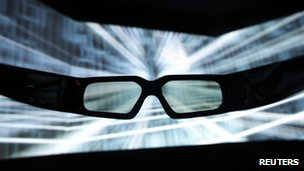 Researchers in South Korea have developed a new technology that could enable people to watch 3D films at the cinema without the need for glasses. The technology uses a barrier with slats so that when a viewer looks at the screen each eye sees the image differently and the brain is tricked into creating an illusion of depth. The research was carried out at Seoul National University and appears in the journal Optics Express.

It is an approach that has been attempted before but has failed because viewers have been required to look at a particular spot to see the 3D image which is impossible to achieve, in practical terms when, it comes to cinemas because the audience look at the screen from a wide variety of different angles.

According to Professor John Koshel, who edited the study for publication “This new method seems to be a viable one for providing glasses-free 3D environment with front-projection technology – instead of using multiple projectors, it only uses one.”

The standard way to create 3D-images on a movie screen is to use stereoscopy which involves projecting two 2D-images through a special filter. To go glasses-free TV makers have used a different technique involving what is described as a “parallax barrier”.

Experimental results show a 3D image of two cars, projected onto a screen through a parallax barrier and involves placing a barrier in front of the image source which has slats in it similar to those of Venetian blind. The slats are angled and light from one source is directed to one of the viewer”s eyes, and light from another set is shown to the other eye – with no overlap. However, this only provides a 3D-effect if the watcher is sitting in a specific spot.

The South Korean team have mimicked this technique, but adapted it to support a much wider variety of viewing angles making it suitable for use in a cinema.

A slat-effect was created using polarisers – similar to those used in the lenses of 3D cinema glasses – and the screen was also covered with a special coating, and this combined with their adapted barrier produced many pairs of images – enough at least in theory to accommodate a cinema audience.

The lead scientist Byoungho Lee, professor at Seoul National University, said that more research was necessary, but the technology “might constitute a simple, compact, and cost-effective approach to producing widely available 3D cinema, while also eliminating the need for wearing polarising glasses”.