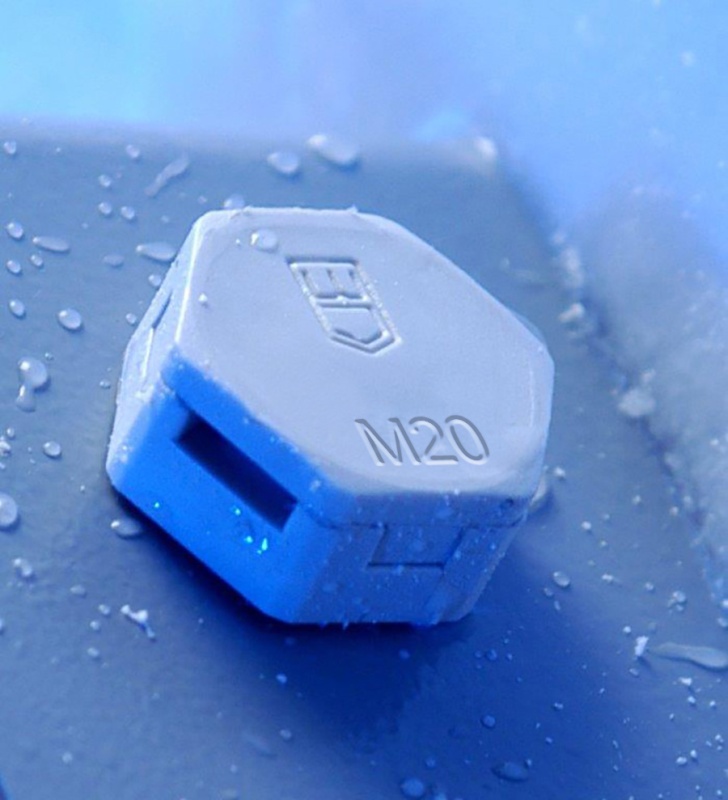 Hylec-APL, the specialist supplier of electrical and electronic components, enclosures and rack systems, has announced a new 20mm diameter member of its venting element family which protects sensitive circuitry from the effects of moisture.

When an enclosure is exposed to changing temperatures, the air inside will expand and contract as it heats and cools respectively. As the air contracts, the internal pressure decreases and air is forced in This air contains moisture which can condense causing damage to electrical and electronic systems. Even if an enclosure is in a stable environment, water ingress can still result from heat caused by the system itself.

Hylec-APL’s venting elements can be quickly installed on the wall of an enclosure, ensuring that the pressure inside an enclosure is maintained at the same level as it is externally, so no moisture-carrying air is drawn inside the system and condensation is avoided.

Mark Severn, Director of Sales for Hylec-APL, comments: “Almost all sealed enclosures on the market – especially enclosures with a high IP rating – are susceptible to moisture ingress if temperature changes cause a large enough pressure differential. Our low cost venting elements are as easy to install as a simple cable gland and can prevent failures which could cost thousands in lost productivity and repair bills.”

As well as the M20 20mm diameter venting elements. Hylec-APL also supplies M12 & an M40 version is available too.

Hylec-APL specialises in the manufacture and supply of electrical components including connectors and terminal blocks, weatherproof connectors, cable glands, enclosures and control components. The company also supplies Retex 19in and other racking products.

Hylec-APL has over 30 years of experience, supplying electrical components to major OEMs and CEMs (electrical and electronic), wholesalers and specialist & catalogue distributors. Essential to the company’s strategy is the ability to develop long term business partnerships with customers; this is reinforced by a policy of active field sales, a large inventory of available parts and an all-pervasive service culture.