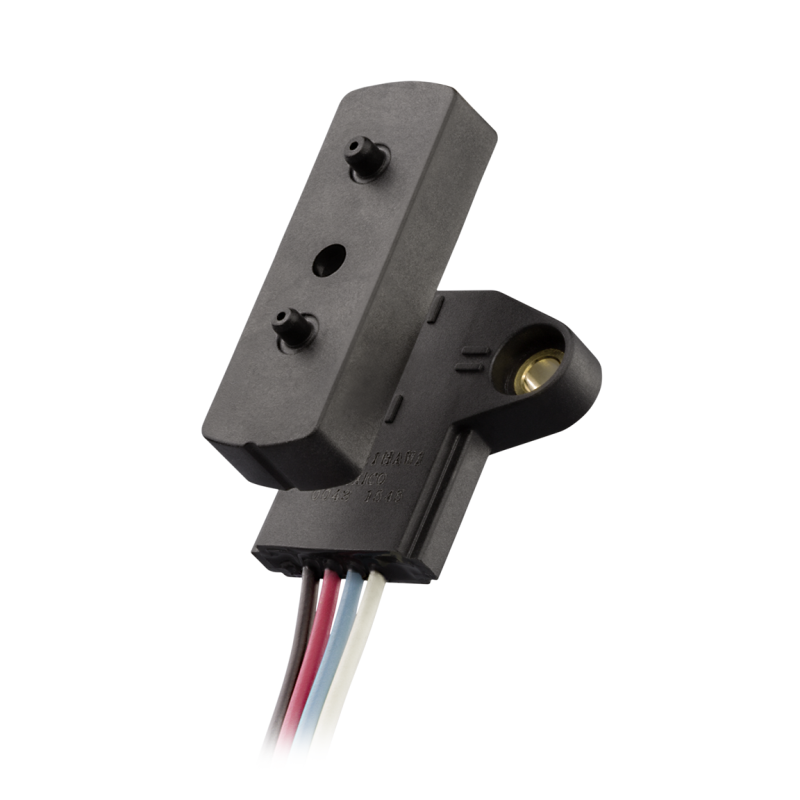 The ZF LIN- and ANG- series sensors are non-contact linear position sensors with one or two independent outputs. The sensors operate through the use of Hall Effect technology with magnetic fields generated by permanent magnets. They provide a linear change in voltage output (ratiometric to the input voltage) corresponding to a linear displacement of the actuator magnet.

The LIN-sensor includes an actuator magnet which is specifically paired to the sensor and is required to assure proper operation. Other magnets may yield less than optimal performance.

The LIN-series can measure a range of up to 45mm, while the ANG series provide a programmable measuring range from 0° to 360° degrees. The high quality of the components used ensures both sensors provide an overall accuracy of ±2 per cent full scale and a linearity of the output signal with ±1 per cent full scale. Custom programming is available for: range, slope and PWM output allowing sensors to be supplied to meet individual requirements. The sensor design has no mechanical interface eliminating wear or jamming.

The compact size of the ANG- and LIN-series requires less mounting space than other sensors with a similar performance and the very flat design, mounting height of just 6.5mm simplifies design of both linear and angular position sensing.