Panasonic Automotive and Industrial Systems Europe announces the release of its Grid-EYE App for iOS, which enables capturing data from the Grid-EYE evaluation kit via the Bluetooth smart module PAN1740 on to a smartphone. The data from the Grid-EYE evaluation kit (integrating a Grid-EYE sensor, a nanopower PAN1740 Bluetooth Smart module and a microcontroller) consists of 64 pixels temperature values which correspond to the 8×8 pixels of the Grid-EYE sensor. The 64 pixel IR camera in a surface mount package measures only 11.6mm x 8mm x 4.3mm and detects absolute surface temperature without any contact. The PAN 1740 Bluetooth module only draws 4.9mA in transmit or receive operating modes, which means it can be powered by coin cell batteries. An Android app is currently being developed. 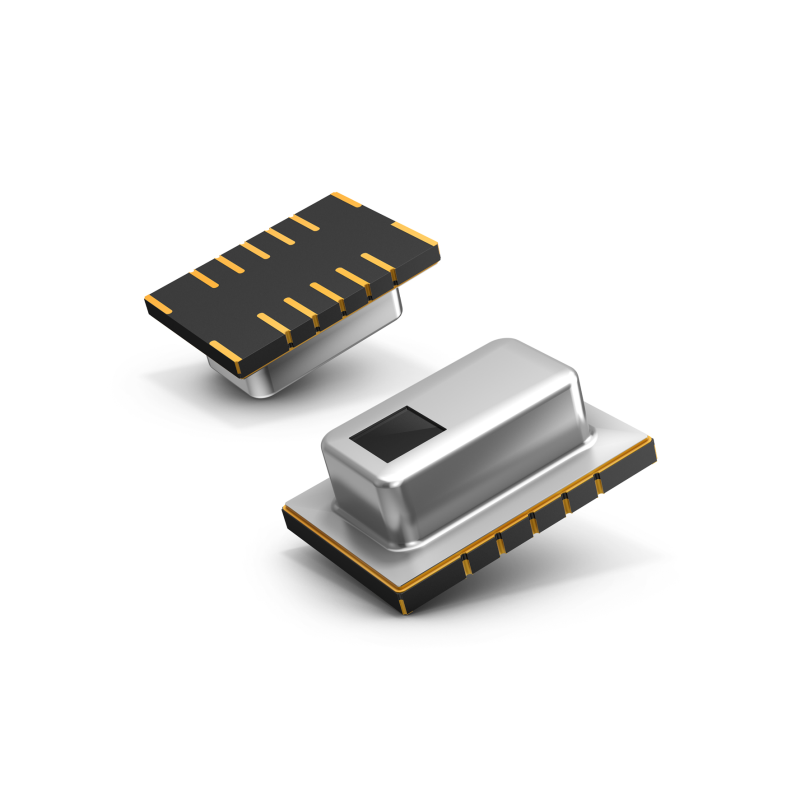