WERMA Signaltechnik is headquarted in the village of Rietheim-Weilheim in the Black Forest region of South West Germany. The factory, first established in the early fifties, has grown steadily over the years as WERMA has grown to be one of the leading manufacturers of optical and audible signal devices in the world.

The new building has a modern yet unobtrusive look and feel to it which blends in perfectly with the local environment. The extensive use of large glass panels give the building a spacious and open feel and at the same time afford passers-by on the main road a glimpse into the facilities. 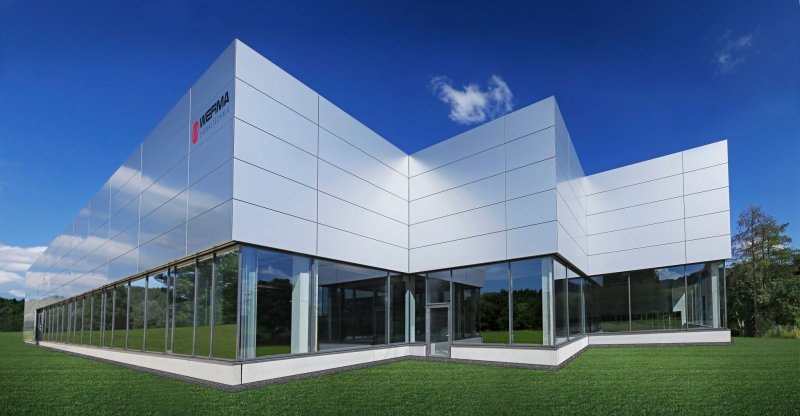 The first part of the project, to extend the production facility by 4.100sqm is on time and is already in use. The moulding shop moved in January 2016 followed by the assembly lines, electronics shop and tool-room. WERMA CEO Matthias Marquardt said, “I am particularly proud that during the construction and move there was no damage to persons or property despite the fact that whole departments and manufacturing facilities were moved around.”

Manufacturing director Erich Martin continues proudly that “the move was completely problem-free and we didn’t suffer from any production hold–ups, all down to immaculate planning which meant that our customers didn’t notice a thing, which is as it should be.”

A building with great character

Not only is the new extension a real delight to the eye, it fits in perfectly architecturally and logistically with the existing building and the spacious, light and airy workshops afford bright and comfortable working conditions.

The building has been designed to maximise resource efficiency and sustainability with a state of the art recycling heating system which regenerates the heat captured from the manufacturing processes, recycles it and thus no additional heating facilities had to be deployed in the extension. An intelligent air-con and heating system together with LED lighting throughout rounds off the environmentally sustainable concept.

Securing the future of the facility

WERMA CEO Matthias Marquardt is especially pleased that the building extension will make a significant contribution to the security and growth and development of the company in Rietheim. “As a responsible employer we have tried over the years to expand our business and afford an optimal workplace for our staff. Not all areas in the new extension are occupied yet and we look forward in the coming years to grow and fill them with “life”.  Erich Martin adds “building construction-wise we have planned for every conceivable expansion in the future and we quickly came to the decision to create the extension form one single large “mould” rather than have to continually add bits on at later dates.”

During the course of the next few weeks further internal changes will happen as the packing and despatch area is moved. The external areas will be landscaped, new parking area created and a high-tech bike park erected. This will be a covered area for up to 40 E-bikes, pedelecs and bicycles designed to encourage staff to take a healthier and environmentally cleaner route to work.

The goal is to have completed all construction work by the end of 2016 so that the building extension can be inaugurated officially in the summer of 2017.

Image caption: Not only is the new extension a real delight to the eye, it is also resource efficient and highly sustainable