andersDX has launched a new family of Display Designer Kits offering customers an instant option for creating prototype user interface concepts from a pre-integrated touch screen and processor that can form the basis of or even be the production ready design.

Each Designer Kit is an all-in-one embedded solution featuring ARM or x86 processors that are pre-integrated with high performance Projected Capacitive Touchscreens in a range of popular sizes. They are supplied as off the shelf, ready to use platforms, including a display and touch screen assembly, pre-integrated with multi-functional embedded hardware and a graphic software environment. A Windows or Linux operating system is pre-installed.

Commenting, Viru Patel, Embedded Solutions Group Manager at andersDX said: “Our Designer Kits allow customers to get proof of concept prototypes up and running very quickly. The display, the processor and the operating system are working together out of the box with optimised QT GUI images. All the developer needs to do is load the application software and tune it. Customers can be up and running in a day or two for simple applications or a matter of just a couple of weeks for more advanced projects.” 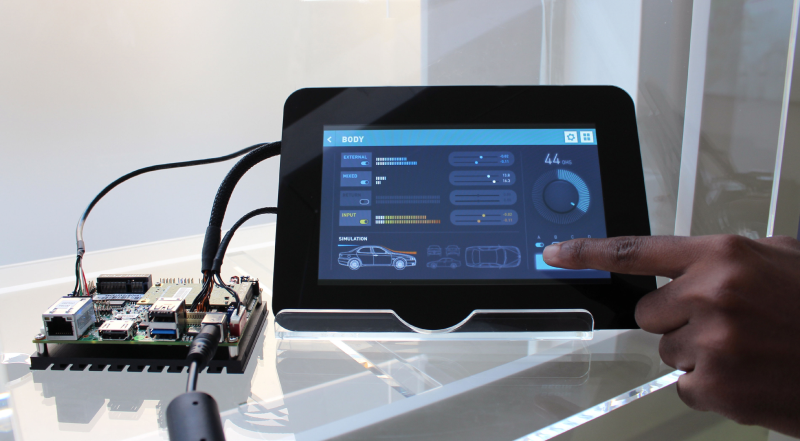 Viru Patel continued: “Having got their application running on the Designer Kit, developers can customise it to create their final project, or in some cases simply add an enclosure to complete the design. The hardware is highly flexible, and can be tailored to suit an individual application in terms of operating system, display size, cabling, screen glass, backlighting, processor speed and interfaces.  It can essentially be dropped into a product with negligible integration effort.”

The first andersDX designer kits to be released are the Starterkit-iMX6, based on the Freescale i.MX6 quad core Cortex-A9 CPU module, the Starterkit-N2930 Baytrail based on the Intel Bay Trail 64-bit Quad Core N2930 CPU, and Starterkit-T335, based on the Texas Instruments T335 single-core Cortex-A8 module. Kits based on further processor types, such as the iMX7, are in development and will be announced as they become available. Each processor is offered with a range of multi-touch display sizes, and a choice of pre-installed operating systems. The kits offer comprehensive interface options, including Ethernet, WiFi, Bluetooth, USB, mSATA and PCIe sockets, UART/ Serial ports, CANBus, I2C and GPIO.

The highest performance designer kit for the ARM environment is the Starterkit-iMX6, offered with a 7” WVGA, 10.1”WXVGA or a 12.1” XGA display and Linux, Windows Embedded 7 or Android JellyBean. A choice of three iMX6 processors is available: quad core, dual core or single core. The kit can be supplied with up to 4GB of DDR3 and 32GB of NAND/ SSD memory.

For the x86 environment, andersDX is offering Starterkit-N2930 with a choice of three touch screen displays: 7” WVGA, 10.1” WXVGA or 12.1” XGA and Linux or Windows Embedded 7 operating systems. It is offered in a choice of board sizes: the standard kit has a 146 x 102mm board, whilst the Pico version is just 100 x 72mm. The maximum memory is 8GB of DDR3 for the standard board, 4GB for the Pico.

The Starterkit-T335 is based on the 600MHz ARM Cortex A8 processor from Texas Instruments and is supplied pre-loaded with a Linux, Android or Windows CE operating system. It is offered with a 4.3” WQVGA or a 7” WVGA PCT touch screen display and up to 512MB DDR 3 and 1GB NAND memory.

For more information please visit the landing page on the andersDX website.