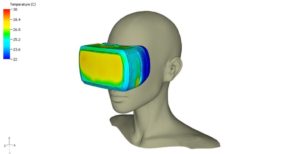 The main focus of development for Release 12 was improvements that enable faster and more accurate modelling. This has resulted in the addition of a series of new modelling objects, the ability to simulate heat radiation and solar radiation through transparent materials, and new leak detection functionality for liquid cooling systems. 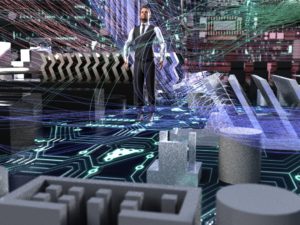 Release 12 also features the ability to create DELPHI compact models and an expanded library with integrations to support updated fan models from Papst and interface materials from Parker Chomerics. These integrations make it easier for thermal engineers to centralise data from across their organisation and their suppliers and create more accurate models.

Independent research has found that 6SigmaET already delivers a 35 per cent increase in project efficiency, in terms of time, in comparison to other simulation tools. Release 12 offers usability and performance upgrades that further extend the speed benefits of 6SigmaET. This includes enhancements to the software’s multi-level unstructured staggered grid system with a new boundary cell reconstruction method for more accurate geometry capture and support for 3D mouse control to make model manipulation even faster.

By connecting 6SigmaET with the Oculus Rift VR headset, Release 12 allows engineers to view and explore their models in virtual reality for the first time. In future, engineers will be able to use VR to closely analyse and fix design issues from ‘inside’ their models, and Release 12 offers the first glimpse of the potential for this new design approach.

Commenting on the new release, Tom Gregory, product manager at Future Facilities said: “Ultimately thermal simulation users want faster, easier to use and more accurate tools – and we’re continually evolving 6SigmaET to keep our users ahead in a fast-paced market. As part of that, we think it is important to focus our development not only on immediate enhancements, but also look further ahead.

“So, while Release 12 features a number of improvements that respond directly to our customers’ specific needs, we’re also breaking new ground with our VR capabilities. Although VR is still an emerging technology for industrial applications, we think there is enormous potential for it to bring new value as a user interface. As such, we wanted to take the lead in the industry and start to explore that potential now.”