Nano Dimension Ltd., a leading additive electronics provider, has announced the results of the Electrifying Additive Manufacturing Survey, which found nearly 91 per cent of respondents expect 3D printed electronics will be a strategic direction. More than three quarters (76 per cent) are already exploring the technology for design validation (31 per cent), prototyping (40 per cent) and low-volume custom manufacturing (29 per cent).

The global survey to help understand 3D printed electronics and its future applications, surveyed 159 respondents including engineers, designers and businesses decision makers across multiple industry sectors. The findings show that 3D printed electronics technology is important for their agility and their ability to accelerate product development, realise greater design innovation and build more complex geometries – all of which will help them stay ahead of competitors. 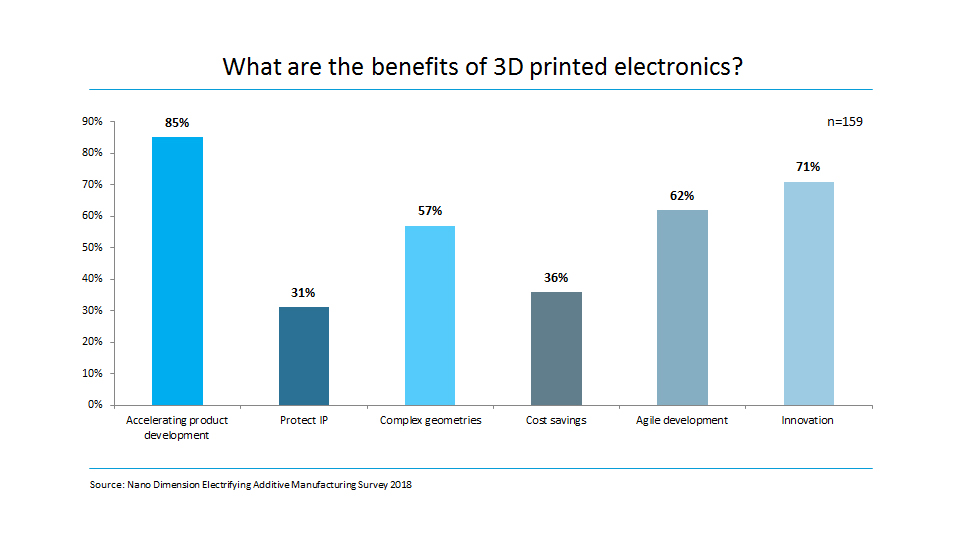 Within the very competitive electronics landscape, companies also face concerns over issues such as prototyping lead times. Survey respondents noted the lead times for receiving their prototypes when they use outside prototyping facilities range from one to two weeks (37 per cent), while 33 per cent cited times of two to four weeks, and 11 per cent said it can take longer than four weeks. Just 19 per cent said it took less than a week.