Mouser Electronics, Inc., the new product introduction leader empowering innovation, will sponsor the FIRSTRobotics Competition Hall of Fame exhibit at the 2018FIRSTChampionshipevents in Houston and Detroit. Overall, more than 30,000 high school students worldwide are expected to participate in the two 4-day championship events.

For many years, Mouser has been a major supporter of FIRST (For Inspiration and Recognition of Science and Technology), the world’s leading child-serving nonprofit advancing science, technology, engineering, and math (STEM). Mouser sponsors FIRSTcompetitions at the local, regional and international levels and also donates electronic components to FIRSTteams. 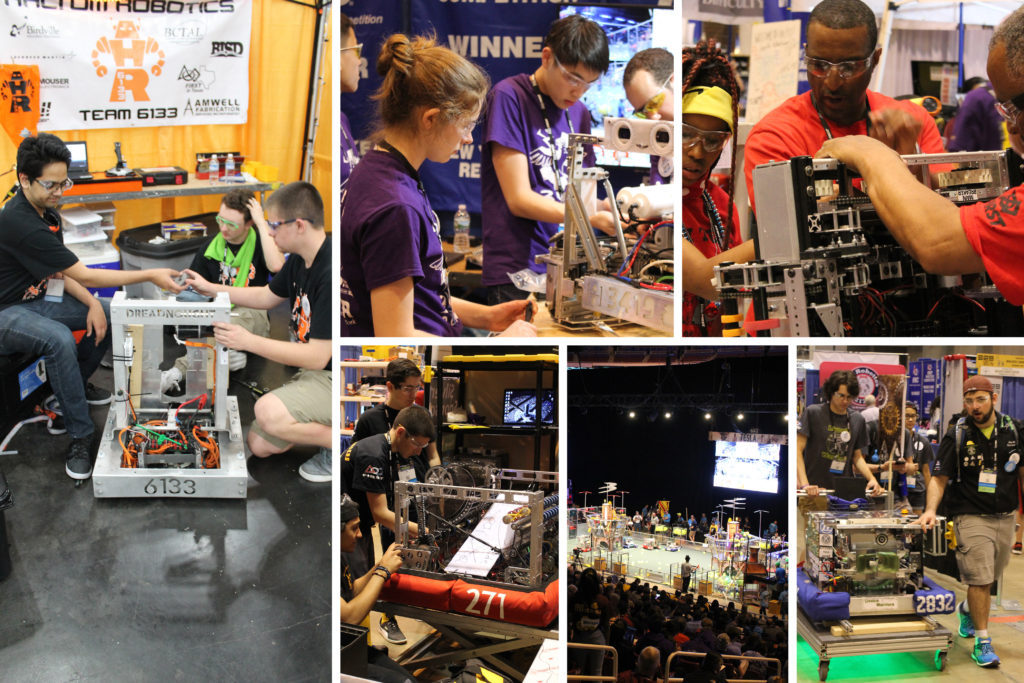 “Electronics education is key to Mouser’s mission, going back to our founding more than 50 years ago,” said Kevin Hess, Mouser’s senior vice president of marketing. “The FIRSTRobotics Competition provides students with a platform for innovation, a chance to solve real engineering challenges, and an opportunity to build character and self-esteem. We are proud to sponsor this exciting and enriching event.”

The FIRSTChampionshipevents are set for Houston, April 18–21, and Detroit, April 25–28. Mouser will sponsor the Hall of Fame exhibit, which honors the winning teams of the esteemed Chairman’s Award at both championship locations. Instead of awarding the Chairman’s Award to the team that earns the most points in the competition, FIRSThonours the team that best exemplifies the goals and values of FIRST.

The 2018 arcade-inspired theme — FIRSTPOWER UP — promises to inspire, challenge and entertain students. Two 3-team alliances are “trapped” in an 8-bit video game, where they must control their robots to perform tasks and defeat the evil boss to win the game. Each FIRSTRobotics Competition team receives a kit of parts — including motors, batteries, a control system, a PC and a mix of automation components — with no instructions. Teams have six weeks to transform their kits into working robots designed to perform specific tasks.

At this year’s Dallas regional competition, held March 1–4 in Irving, Mouser was a Captains of Innovation Sponsor. The event hosted 59 teams from Texas, Oklahoma, Missouri and Brazil. This year also marks the third time the competition will be offered through the University Interscholastic League (UIL), for public primary and secondary schools in Texas. The UIL championship, also sponsored by Mouser, is set for May 17–19 at the Austin Convention Centre.