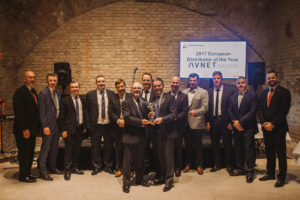 Molex has announced the winners of its 2017 European Distribution Awards, following a prestigious awards ceremony at the gala dinner of its 2018 European Distribution Conference, held in Vienna, Austria from 9th to 11th April. Designed to recognise and celebrate the valued contributions and successes of its key distribution in Europe, the awards programme highlights the vital ongoing efforts of channel relationships to support Molex customers and grow the business.

This year’s European Distribution Conference brought together Molex’s senior leadership team with 70 people from the distribution network for three days of executive meetings, plus presentations from business units across Molex. “The focus of this year’s event,” says Paul Keenan, sales director – Distribution Europe, Molex, “was to communicate how Molex is transforming its future by driving growth and exploring new opportunities in multiple markets — and how our distributors can benefit from and contribute to this success.”

Kicking off the conference’s gala dinner, Molex hosted an awards ceremony comprised of eight awards, acknowledging the efforts of its distributors throughout the region. “Award winners were evaluated and selected based on criteria across multiple categories,” explains Paul Keenan, Molex. “The winners demonstrated growth in year-over-year sales, project conversion and engagement, along with clear financial, operational and executive management excellence. We are proud to recognise their significant contributions to our distribution channel.” 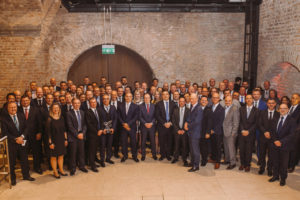 Avnet Abacus were named 2017 European Distributor of the Year, winning the main award for an impressive consecutive year. A leading distributor of interconnect, passive, electromechanical and power components, Avnet Abacus successfully outpaced peers to gain and command market share for itself and Molex across Europe.