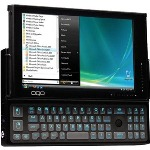 The mobile PC market in 2013 delivered the worst second-quarter performance in 11 years, according to preliminary data provided by a PC Dynamics Market Brief from information and analytics provider HIS. Hit by competition from media tablets worldwide mobile PC shipments in the second quarter shrank 6.9 percent compared to the first three months of the year, based on initial findings. This represented the first time the industry experienced a sequential decline since the second quarter of 2002. At that time, mobile PC shipments contracted 3.7 percent after the dot.com bust flattened global demand.

In the 10 years between those two low points, the mobile PC space had always strengthened in the second quarter as shipments recovered from a normally soft start to the year. Excluding 2002 and this year, growth for every second quarter during the intervening years had ranged from 0.5 percent to as much as 6.5 percent. In fact just last year, the industry saw a 3.9 percent increase for the period.

The depressed results are not confined to the second quarter alone. When the overall first half is considered, 2013 has made history as having the poorest performance since 2003, posting a harsh 11.2 percent contraction compared to the same six-month period a year ago. How much the market has fallen can be seen by the magnitude of growth attained in the previous years. Only three years ago in 2010, mobile PC shipments surged by 41.7 percent in the first half.

“Representing devices such as traditional notebook PCs as well as the new thinner ultrathin/Ultrabook laptops, the mobile PC industry on the whole is struggling to find any momentum for growth as upheavals rock the market,” said Craig Stice, senior principal analyst for compute platforms at IHS. “In particular, more nimble devices like media tablets have taken over among consumers given their ease of use and unique form factor. Meanwhile, innovation in PCs has stagnated, and the recent influx of low-cost tablets has further eaten into an already decimated mobile PC space. With such dire numbers, many are wondering whether this signifies the start of more record declines for mobile PCs, or if the industry has hit rock-bottom.”

An infusion of lower-cost PCs that deliver higher performance but consume less power than current laptops could save the market, IHS believes. Processors like Bay Trail from Intel Corp. and Temash from rival chipmaker Advanced Micro Devices Inc. can go beyond what traditional entry-level processors have been able to provide, and PC makers are contemplating a new class of performance PCs that would incorporate the new processors at affordable prices.

Hopes also remain alive within the industry on prospects for the much more expensive ultrathin and Ultrabook PC models, where growth could still be expected if their prices come down and if With everything considered, a PC refresh buying cycle is more than likely to occur, IHS believes.

‘Despite the broad appeal of media tablets, the devices won’t be able to fully replace PCs, and consumers will continue to need the computational power of personal computers,” Stice said. “If a new low-cost PC offering strong performance can become available on the market and meet consumer expectations, then PCs could be set for more growth, not like the glory days of the 2000s, but growth nonetheless.”

Despite this, 2013 is very likely a write-off at this point. Even with growth expected to occur in the second half, it’s too late given the depressed first-half results that any positive expansion could occur in both the mobile PC segment and the overall PC market.

A full downturn is projected for total PC shipments in 2013, which would make this the second consecutive year of decline, after the contraction of the market last year for the first time since 2001.