MIPS, the provider of the widely used MIPS processor architecture and IP cores, and NetSpeed Systems, Inc. has announced a strategic partnership to deliver interoperable solutions that enable leading-edge performance in SoCs for Artificial Intelligence (AI) and Machine Learning (ML) applications. The companies will provide deeper integration of their products so that designers will be able to utilise the advanced performance features of the MIPS Warrior I-Class I6500 processors effectively with NetSpeed’s Gemini network-on-chip IP. NetSpeed will be the preferred interconnect partner for MIPS providing coherency between multiple MIPS processor clusters and the rest of the SoC. MIPS designed its Warrior I-Class I6500-F processors to address the functional safety and performance requirements of emerging autonomous applications. NetSpeed Gemini—the industry’s only cache coherent interconnect to achieve ASIL D Ready ISO 26262 certification—enables architects to achieve the full performance potential of their heterogeneous architecture designs. 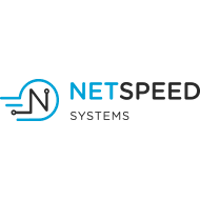 AI capability is becoming ubiquitous in a growing number of applications including autonomous driving, voice-powered personal assistants like Siri and Alexa, facial recognition, predictive text and many more. AI, and particularly ML, requires a different kind of processing platform than those commonly used for traditional software programs. This is because with traditional software, human programmers provide the primary intelligence. With AI, however, the technology must analyse very large quantities of historical data to identify patterns, create behavior models and, essentially, program itself. This requires a great deal of compute capability with very high performance and low latency for real-time applications.

“No man is an island and in the era of AI, the same can now be said of the processor, which used to be the center of the computing universe. Today, all components of the SoC—which typically include multiple instances of several different types of processors—must work together in a highly orchestrated fashion,” said Sundari Mitra, CEO of NetSpeed. “The interconnect fabric is the common glue that can make or break performance. And when tightly integrated with versatile processors such as MIPS I6500-F, it provides the coherent fabric that lets designers mix the on-chip configurations of processing clusters to achieve leading-edge compute capabilities for AI.”

“NetSpeed and the MIPS team have already demonstrated they can achieve remarkable results working together. Previously, the two companies integrated NetSpeed’s Gemini IP with the I6500 MIPS CPU to create a solution that Mobileye adopted for its EyeQ5 SoC used in computer vision in ADAS and autonomous driving applications,” said Krishna Raghavan, chief financial officer at MIPS. “We fully expect the new AI solutions that MIPS and NetSpeed are working on will have far-reaching impact.”