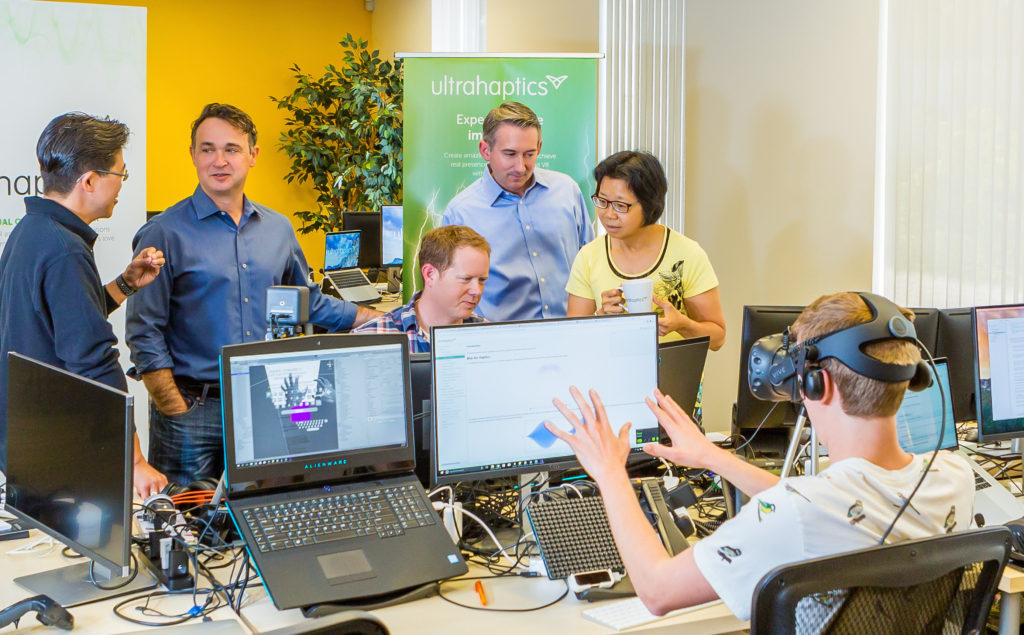 Mid-air haptics experts, Ultrahaptics, has announced the official opening of its first US office in Silicon Valley. The office, which is based in Palo Alto, will house the company’s growing US team. Globally, the team has grown from three to 79 people in the past three years, in part fuelled by the company’s series B investment round of £17.9m/$23.4m that was closed in May 2017.

Using focused ultrasound, Ultrahaptics has developed a mid-air haptics solution that enables users to feel virtual objects with their bare hands, without the use of gloves or controllers. This haptic feedback solution has been used in multiple applications ranging from automotive controls to VR and AR, in which virtual objects can be held, touched and manipulated. Ultrahaptics recently collaborated with Dell, Meta and Nike, showcasing the AR workplace of the future.

Speaking of the US office, Alex Driskill-Smith, Ultrahaptics’ VP for North America said: “We are enormously excited to have this base in Silicon Valley. The demand for our solutions has been immense and to be able to support our customers, and to build a local research, engineering, sales and marketing presence locally, is fantastic.”

Ultrahaptics CEO, Steve Cliffe, added: “A US presence has always been on the roadmap for Ultrahaptics, and we’re pleased to be delivering this. So many of our customers are based there, especially in the VR and AR space, a market which has been extremely receptive to our haptic solutions. I’m so very proud of the team that we have built in the UK, and it’s great to see the team growing as we expand into new regions.”