Microtechnology industry is hiring – positive developments of past years continue

Positive developments in the European microtechnology industry that have become apparent in previous years continue this year, in some cases intensified. This has been confirmed by this year’s economic data survey by the IVAM Microtechnology Network. These developments include a continued upswing in staff numbers and turnover and very good forecasts in both areas for the next three years. 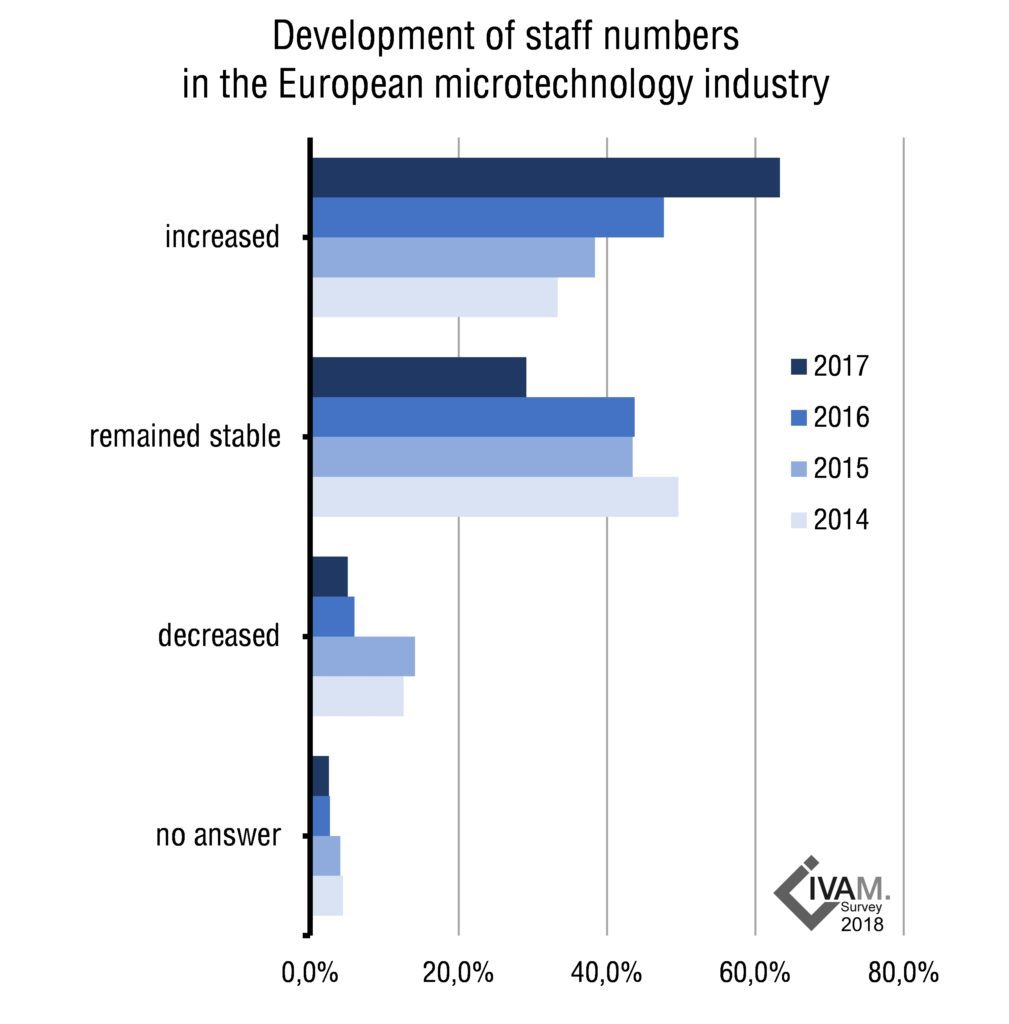 Despite the acknowledged shortage of skilled workers in the STEM fields (science, technology, engineering, and mathematics), the number of employees in the microtechnology industry is steadily rising. In 2017, more than sixty percent of the companies in Europe involved with microtechnology have increased their workforce. In last year’s survey, the companies identified finding enough qualified staff as a major challenge. Expectations for personnel development in the near future are also very positive: more than three quarters of companies intend to hire additional staff within the next three years.

A continuously growing proportion of the European microtechnology companies has been able to increase turnover over the past four years as well. Medium-term expectations are also very positive: nearly 80 per cent of companies expect their turnover to increase over the next three years.

Export of the European microtechnology companies, which has increased modestly in recent years, is gaining more momentum. The EU and EFTA region will continue to be the most important export region. In the overseas export business, the US is the leading market today, but will lose ground while China becomes a more important foreign market. This trend was already evident before the presidency of Donald Trump and the import restrictions for goods from the EU to the USA which he recently announced. 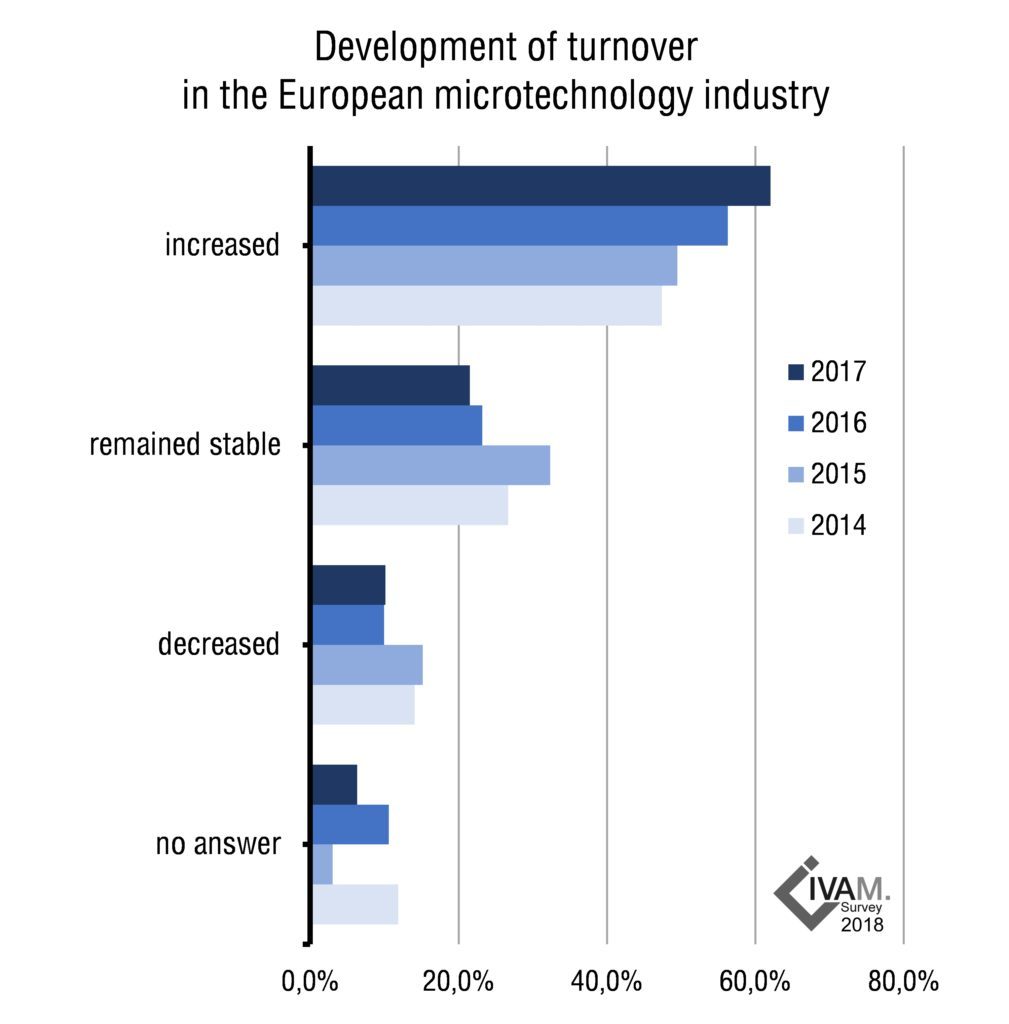 Medical technology and the healthcare industry will continue to be the most important target markets for the microtechnology industry for the foreseeable future. The combination of miniaturisation and digitalisation is currently creating many new applications, e.g. active implants and wearables.

However, the new Medical Device Regulation of the European Union with its increased demands on the supplying industry might put a damper on innovation in the field of medical technology. It places high demands on certification and documentation on suppliers, which previously concerned device manufacturers only. The increased administrative burden is difficult to manage for many small and medium-sized companies. There is a risk that some suppliers will withdraw from the medical technology market.