Silicon Labs has introduced a new family of Wireless Gecko modules focused on mesh networking applications with support for best-in-class ZigBee and Thread software. Silicon Labs’ new MGM111 module is the first in this comprehensive family of multiprotocol modules based on the Mighty Gecko system-on-chip (SoC) device. The MGM111 module is supported by Silicon Labs’ reliable, secure and flexible mesh protocol stacks and the industry’s most advanced wireless software development tools. The module’s combination of onboard stacks, antenna options and RF regulatory certifications helps developers reduce cost, complexity and time to market for an array of mesh networking applications including home and building automation, connected lighting, smart metering, security systems and other IoT platforms. 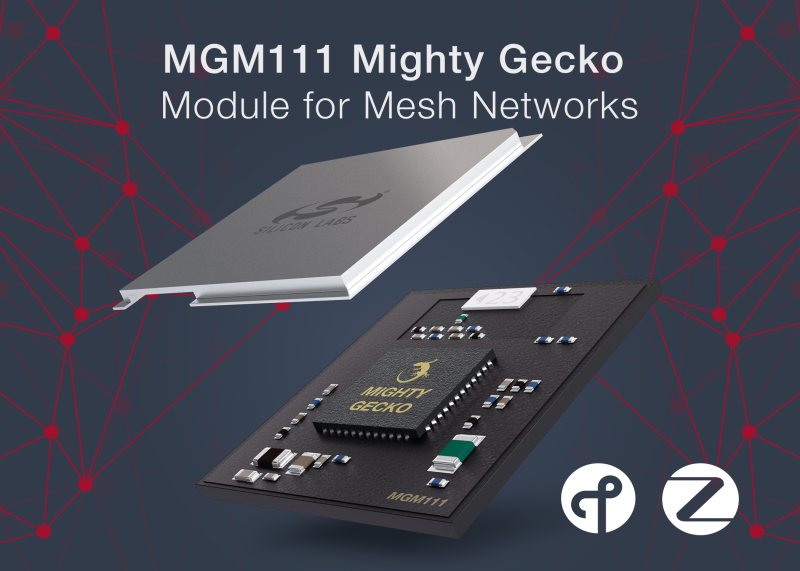 The MGM111 module gives developers a rapid on-ramp to the IoT, enabling them to bring mesh networking products to market quickly and easily with minimal engineering and certification costs. Mighty Gecko modules and wireless SoCs have similar technical features and application programming interfaces (APIs). This hardware and software compatibility makes it easy to migrate from modules to SoCs while enabling developers to preserve their investments in tools and software with little to no system redesign.

The MGM111 module combines a 2.4 GHz Mighty Gecko SoC, high-efficiency chip antenna, crystals, and RF matching and shielding into a complete, ready-to-use mesh networking module supporting ZigBee and Thread protocol stacks. This high level of integration frees developers from complex RF/antenna design and testing and allows them to focus on their end applications. The MGM111 module complies with the IEEE 802.15.4 standard used in ZigBee and Thread stacks and will be pre-certified for compliance with the following regulatory requirements: FCC (North America), IC (Canada), CE (Europe), RCM (AU/NZ) and KC (Korea).

“As the market leader in mesh networking silicon and software, Silicon Labs offers more than a decade of leadership in developing and certifying standards-based mesh networking solutions,” said Skip Ashton, vice president of IoT software at Silicon Labs and a member of the board of directors for the ZigBee Alliance and the Thread Group. “Our customers rely on our deep understanding of mesh technology and RF certification. They also appreciate that we offer the tools and stacks they need to simplify the development process, as well as an upgrade path that safeguards their IoT products from being stranded on older technologies and standards.” 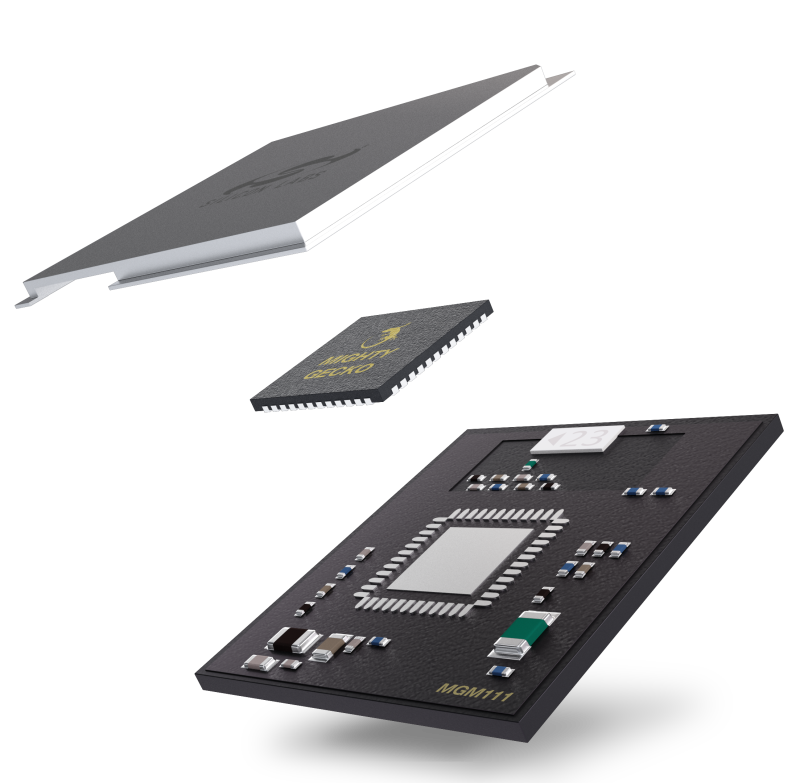 ·      Enables rapid time-to-market with onboard stack, antenna and regulatory certifications