From soap dispensers to mobile phones, bins to TVs and dog collars to smoke alarms – in today’s world everything is smart. In fact, just this morning I put the heating on without leaving the comfort of my bed. In the consumer world, advanced connectivity and innovations in technology are dramatically changing the way we live. Inevitably, some of these changes are also being felt across industry, particularly in the manufacturing sector. Here, Martyn Williams, managing director of industrial software expert COPA-DATA UK, discusses five changes the Internet of Things (IoT) is bringing to the manufacturing environment. 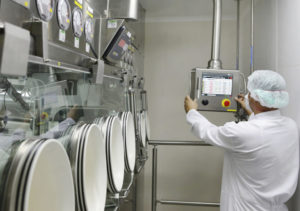 For years, technologists around the world have been gradually creating a mass infrastructure to support global connectivity. Known as the Internet of Things (IoT), this worldwide phenomenon describes a connected network of cyber-physical devices. Embedded with sensors and intelligent software, these ‘things’ are capable of collecting and exchanging data – think of smart fridges, smart watches and smart TVs, for example.

While the rise of IoT in consumer markets is evident, one of the most profound impacts of this mass connectivity has been felt by the manufacturing industry itself. Changes in consumer expectations, the complexity of new products and advanced connectivity have all lead to a fundamental shift in the way manufacturers operate. Manufacturing is no longer about simply making products.

As manufacturers increasingly automate their processes and machines, embracing new technology is essential for organisations to thrive. The modernisation of manufacturing facilities has quickly become a hot industry trend. Already, many are using intelligent automation systems to improve their operations, increase efficiency and lower costs. But now, the next major transformation in industrial automation is underway.

The Industrial Internet of Things (IIoT) has been described as a crucial step in the fourth industrial revolution or Industry 4.0. Using IoT technology, organisations are developing smarter infrastructures and building connected networks across entire manufacturing processes.

For industrial machinery, smart sensors are used to measure operating parameters and gather information. Data such as temperature, speed, productivity and energy efficiency can be collected from process level, gathered and sent to a remote controller. From there, machine-to-machine (M2M) communication allows industrial machinery on the shop floor to automatically adapt and adjust to ensure optimum production levels are maintained. 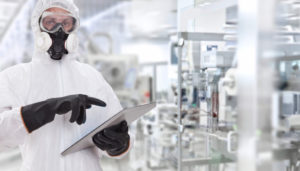 Although IoT reduces human intervention on the factory floor, it doesn’t make human roles in industrial settings obsolete. In fact, thanks to this increased connectivity, human intelligence and creativity is significantly more valuable.

By using smart automation software, manufacturers are not just reaping the rewards of automated production, but gaining analytical visibility of the entire manufacturing operation. M2M communication generates a plethora of comprehensive data from the factory floor, all of which can be analysed to help organisations make intelligent business decisions based on real-time statistics.

The global focus on environmental sustainability and the introduction of energy efficiency standards such as the energy savings opportunity scheme (ESOS) and the voluntary ISO 50001 certification are driving organisations to prioritise green manufacturing.

Already, industrial automation equipment is helping organisations control excessive energy usage by adjusting and adapting the speed and power of machinery. Variable speed drives (VSDs), for example, can help reduce the amount of energy a motor uses by up to 50 per cent. Applied across a production facility, the technology significantly lowers energy bills and increases energy efficiency. And this is just the low-hanging fruit. The latest developments from the IoT sector mean manufacturers are able to take energy management a step further.

Energy is among the highest contributors to cost overhead in the manufacturing industry, so it’s no surprise that some organisations are implementing IoT because of its potential for slashing energy costs. Generally speaking, IoT is all about connecting devices and acquiring data from them.

Consumption data – how much energy is being used, when and where – is especially valuable for manufacturers to evaluate their usage and see where the potential savings lie. What’s more, industrial automation software allows for predictive analysis, giving manufacturers an intelligent insight into the future of their energy consumption based on figures of current and historical usage.

This increased awareness of energy data allows manufacturers to collect and analyse information, gain a better understanding of energy consumption and make the appropriate changes to lower energy usage, increase efficiency and of course, make savings. 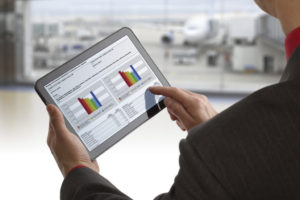 We’ve all heard about smart TVs and smartphones, but lately, smart cities, homes and factories have also been thrown into the equation. Put simply, a smart building is a connected building. Smart buildings deliver useful building services that make occupants productive at the lowest cost and environmental impact over the building lifecycle. Building systems like illumination, thermal comfort, air quality, physical security, sanitation are all interconnected, monitored and automatically respond to changes in occupant requirements and the environment.

In industrial environments, building management systems (BMS) have long provided centralised management for the factory or building. With the rise of IoT, these systems are becoming increasingly connected. This advanced connectivity delivers greater levels of control. In a smart factory, a BMS has the capability to learn and anticipate the needs of the manufacturer, including the preferences for temperature, light, ventilation and general power usage, which further advances the energy management potential of IoT. 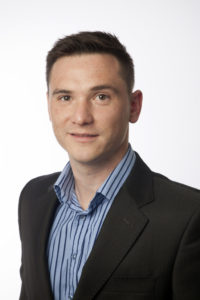 Although many experts have described 2015 as the ‘year of IoT’, not all press coverage surrounding the topic has been so positive. Just a quick search online and you will be confronted with a copious amount of articles dismissing the rise of IoT as a security disaster waiting to happen.

Inevitably, a network of interconnected devices spanning the globe will raise concerns about security and as IoT grows, the effects of a potential security breach become ever more detrimental. With news stories about the systems of global conglomerates being infiltrated by hackers, it’s unsurprising that many organisations are hesitant to jump on the IoT bandwagon.

Challenges around user identification and authentication, data access and potential breaches are all likely to arise. Upon implementing IoT, organisations should be prepared for questions of concern from staff, stakeholders and members of the supply chain. Undeniably, placing a priority on security is a must for any manufacturer hoping to succeed with IoT.

To make industrial environments more secure, manufacturers must begin focusing on security right from the initial stages of production. For machine builders and original equipment manufacturers (OEMs), this is imperative. By working to enable secure connectivity at every stage, not only will they offer better protection for their customers but will also be able to develop their products to meet tomorrow’s security needs.

As consumers revel in the simple pleasures of heating up their homes and changing the TV channel with their mobile phones, manufacturers will begin to embrace this technology too. Let’s face it; controlling your home’s heating system isn’t just about the joy of avoiding that freezing walk to the thermostat, but it also helps homeowners use their utilities more efficiently, therefore saving money and energy, just as IoT does in industry.

Already, IoT has been continually featured on lists of game-changing technologies, yet still, less than one per cent of devices that could be connected, currently are. Meaning the IoT only has room to grow.