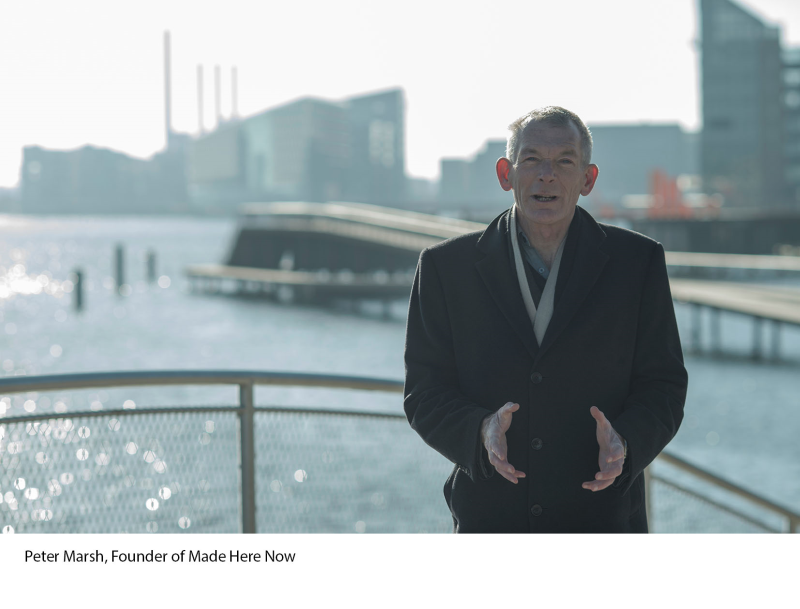 A new website showcasing 21st century British manufacturing is due to be launched later this month (April 23rd) at a high-profile event in London.

www.madeherenow.com, the brainchild of former Financial Times manufacturing editor Peter Marsh, is looking to tell the story of modern-day industry through a series of articles, pictures and video on four exemplar companies.

AES, Bentley Motors, Plessey Semiconductors and FormFormForm have opened their factories to give authors and photographers the chance to explore their shopfloors and discover innovations, new technologies and opportunities driving the next revolution.

A total of 46 organisations have already backed the website, which is setting out to educate young people on the career opportunities in manufacturing, influence academics and politicians and change perceptions of Britain’s industrial strengths.

The launch event, which starts at 6.30pm at the Building Centre Gallery, will also feature keynote speeches from Author and Commentator Will Hutton and Terry Scuoler, Chief Executive of the EEF, the manufacturer’s organisation.

“We are still very good at making things and manufacturing has immense potential to contribute substantially to our economy,” explained Peter, who spent more than 20 years as a broadsheet journalist and recently published a book on the New Industrial Revolution.

“However, not enough people are aware of our success stories and one way to improve the growth prospects of UK industry is to find new ways to tell the world about it.”

He continued: “Made Here Now intends to meet this need by using some of the best design, photography and writing to bring the excitement of making things to life. The project has really captured the imagination and we’ve already received significant support from organisations such as JCB, Nesta, Rolls-Royce, Santander Bank, Siemens, the Royal Society and University of Cambridge.”

The main thrust of Made Here Now will be presenting an insight into four exemplar manufacturers, all different in size but each one market leading in the products and services they provide.

AESSEAL – Celebrating the benefits of being ‘niche’, the company manufactures 400 different types of mechanical seals to customers across the globe.

Bentley Motors – The luxury car maker announced record volumes in 2014, but it’s a story of combining traditional manufacturing skills with modern ideas that is behind its real success.

FormFormForm – The London-based company behind Sugru, a malleable putty-like substance sold to more than 500,000 customers in 160 countries.

In addition to the profiles of the exemplar companies, Made Here Now will also feature articles from authors Jeremy Leonard (Oxford Economics), Marcus Gibson (Gibson Index) and James Woudhuysen (technology expert) covering the future for manufacturing in the developed world, the prospects for reshoring and major technology shifts respectively.

In a further contribution, Economics Professor Robert Rowthorn of the University of Cambridge makes the case for a programme of “re-industrialisation” to boost the UK economy.

The final element of the project is a comprehensive resource section, with lots of useful links for companies, individuals and those involved in education.

Peter concluded: “We want to make the website as interactive as possible and will be welcoming lots of feedback directly or across our social media channels.

“There’s a big appetite for this and the plan is to generate more case studies, articles, videos and pictures to ensure Made Here Now is the first place people visit to discover a true picture of 21st century British manufacturing.”.

To book a place at the launch event, please email events@madeherenow.com or tweet @madeherenow on twitter. The website will go live at 7pm on 23rd April.