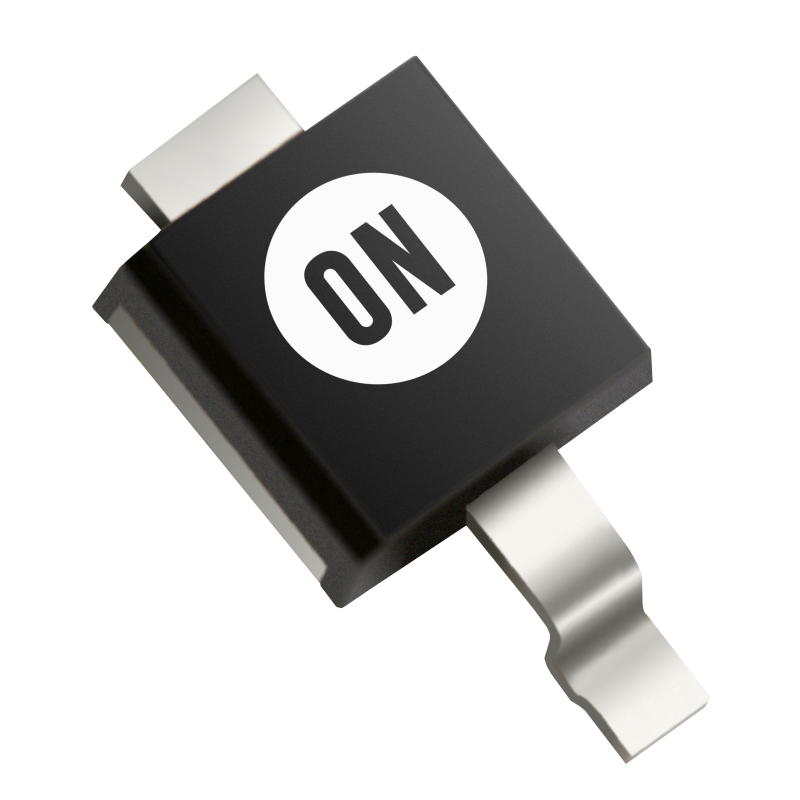 ON Semiconductor’s NUD4700 device in the POWERMITE ® (DO-216) package offers a compact shunt-protection solution for high-brightness LEDs (HBLEDs) and medium-power LEDs (MPLEDs), in applications where continuous light output is a critical need. These applications include high-reliability lighting in transportation systems such as aircraft, rail and automobiles. LEDs sometimes fail into a SHORT, but often fail in the OPEN (non-conducting) state. In the latter case, if a shunt mechanism is absent, the entire LED string is rendered dark, thereby significantly decreasing light output and lamp lifetime. Street lighting is another application where continuous light output is critical despite the failing of a few LEDs, because it is labour-intensive and hence expensive to replace a broken street lamp. When each LED is equipped with a shunt protector in parallel, the failing of one of the LEDs causes the corresponding shunt to conduct the designed level of DC current, thereby keeping the remaining LEDs in the string lit. 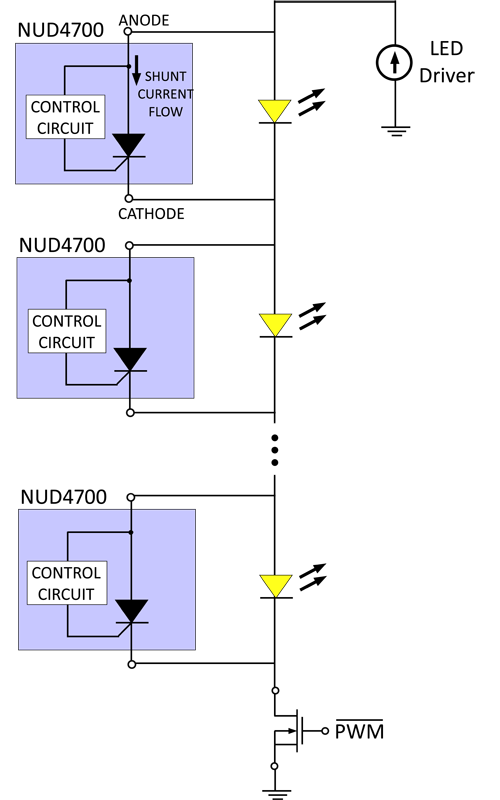 In general HBLEDs operate at a minimum current of 350mA. In certain cases a single HBLED emitter can sustain as much as 1A DC. Utilizing a unique technology with snap-back capability, the NUD4700 exhibits low leakage during normal LED operation, a breakdown voltage of ~6.5V and a high DC current capability exceeding 1A. In order to keep heat dissipation to a minimum, its forward voltage is maintained below 1.2V, in contrast to the 3-4V forward voltage of the LED.

NUD4700 is compatible with pulse-width modulation (PWM), a critical feature of dimming, with duty-cycles typically in the 10-50% range. When the LED has failed OPEN, in the off-cycle of the PWM pulse, the shunt is in its low-leakage, OFF-state. When the current pulse rises, a voltage builds across the shunt because the entire string is initially dark. Once this voltage crosses the breakdown voltage (VBR), the shunt enters a low-voltage conduction mode. When the current pulse ceases, the shunt once again drops into the non-conducting mode.  NUD4700 is capable of switching ON and OFF in <40ns, making it capable of easily sustaining PWM at 200kHz.