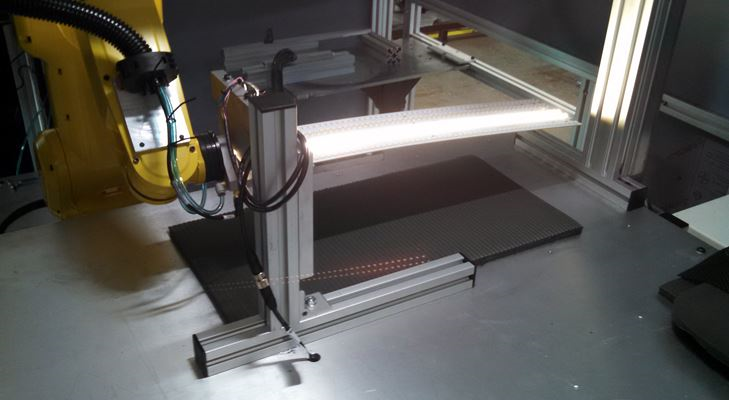 The potential for output variations that seem to be inherent in LEDs can be problematic for lamp manufacturers, light fixture producers and customers who desire consistent color and brightness.

The industry is concerned with a more complete testing of the performance of light engines, the power source of LED lamps. Composed of the combination of one or more LED modules, together with an LED driver (also known as electronic control gear, or ECG), the variations in light engine output account for most of the variations in LED color temperature, brightness and other output characteristics.

To alleviate this problem many LED light engine manufacturers provide 100% “functional testing” of lamps along with first article and periodic inspections of a production run. However, functional testing merely validates that the lamps will illuminate, and usually don’t analyze the CCT (correlated light temperature), CRI (color rendering index) or brightness of lamps.

The more complete solution would be the comprehensive testing of 100 percent of LED light engines, and those who manufacture those items are developing more sophisticated testing systems that will automatically and thoroughly test them before they are sold to lamp manufacturers.

Companies such as MADE (Manufacture And Design Electronics), Auburn Hills, MI, a supplier of US manufactured LED light engines to the industry, are moving toward 100 percent comprehensive testing, control and data reporting and recording, plus production controls via a robotically-controlled test cell that will inspect and record the circuit boards for each light engine, including color temperature, power (voltage and or current readings), brightness (luminous flux), and color rendering index.

By testing and controlling those factors, light engine manufacturers will enable the production of LED lighting with much greater consistency in power, color and brightness attributes, saving time and binning efforts in the process. MADE, for example, now applies this type of testing to all types of customer LED light engine designs, including those for retrofit products such as the light strips that replace fluorescent lamps and ballasts.