Ultrahaptics has announced that its touch-free haptic feedback solution is integrated into a new concept car that was being exhibited by a major tier 1 supplier into the automotive industry at CES 2017. 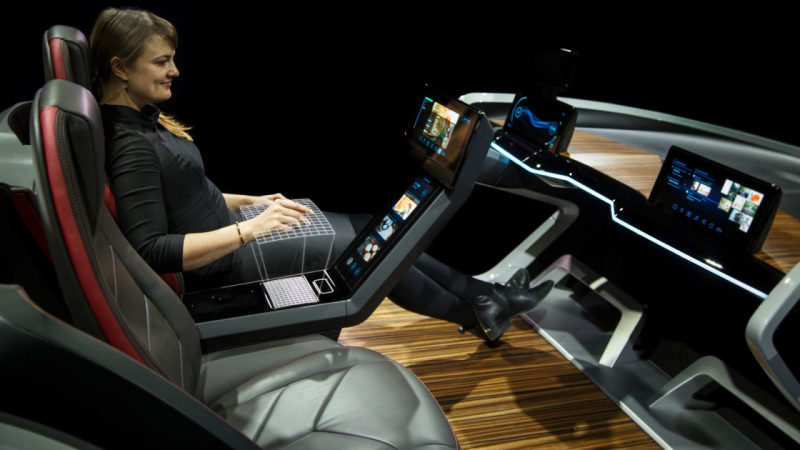 Bosch, the developer of the car, demonstrated the technology on its booth in the Central Hall of the Las Vegas Convention Centre from January 5th – 8th 2017.

Ultrahaptics’ touchless haptic technology enhances gesture control, providing a leading-edge human–machine interface (HMI) to Bosch’s infotainment system. The Ultrahaptics solution offers drivers the reassurance that their hands are in the right area for a gesture to be recognised and an immediate haptic response to an instruction. This makes driving safer as it avoids accidental cancellation of the command or the need for drivers to take their eyes off the road and check the display visually.

Ultrahaptics’ technology uses ultrasound to generate a haptic response directly onto the user’s bare hands, without the need for them to hold special equipment. Gesture controls can be used to operate infotainment systems, such as in-car audio and connected-car applications, more intuitively. Ultrahaptics is engaged with the Bosch HMI Group across a variety of applications.

Steve Cliffe, CEO of Ultrahaptics, said: ‘The growth we have seen this year and the breadth of applications where our technology is being utilised is staggering. The Bosch application at CES demonstrates how touchless gesture-recognition can help car makers gain greater market acceptance for the incorporation of gesture control’.