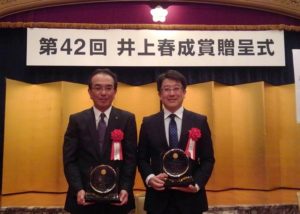 Each year the Inoue Harushige Prize is awarded to researchers and corporations for outstanding innovations that have contributed to science, technology and the economy in Japan. One of the award criteria is technology that was developed and commercialised by corporations based on original research by universities and research institutions. 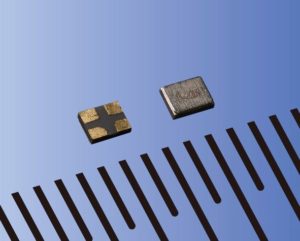 Kyocera successfully developed ultra-high-precision quartz wafers by combining the unique technology of Kyocera piezoelectric analysis and the plasma CVM technology developed by Dr. Yamamura. From the combination of these unique technologies, Kyocera has realised a photolithographic process with integrated wafer level production. Based on this photolithography technology, Kyocera was able to achieve the world’s smallest quartz crystal while still maintaining excellent performance. The business-academia collaboration of Kyocera and Dr. Yamamura was highly evaluated for its impact on further miniaturisation in the smartphone, wearable device as well as hearing aid and capsule medical device industries.