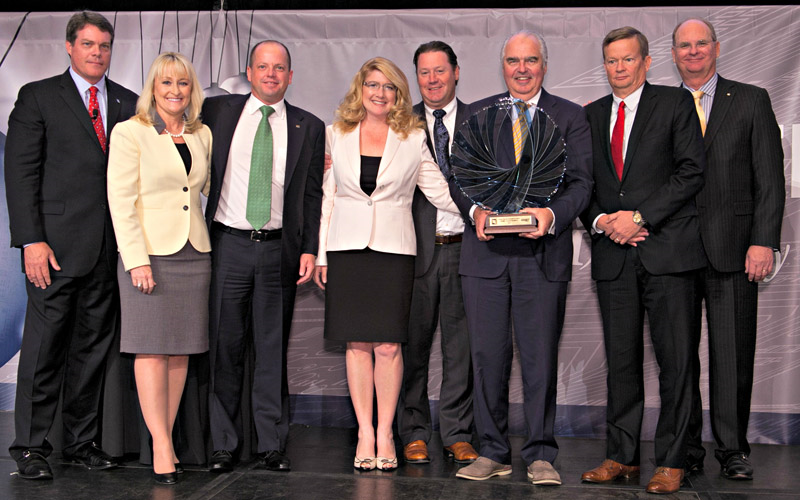 KEMET, a manufacturer of electronics components, has announced that it has been awarded TTI”s Global Operations Excellence Award. In its fourth year, the Global Operations Excellence Award recognises the supplier who earns the supplier excellence award in all three TTI regions – Americas, Europe and Asia, and who scores the highest total points globally. This coveted award represents the highest recognition possible of a supplier”s performance within TTI.

To qualify for the award, KEMET received the Supplier Excellence Award in the Americas, Asia and Europe and the Diamond Award in Asia for the best supplier. Additionally, KEMET was a Platinum award winner in the Americas and Asia, and a Gold award winner in Europe. Platinum achievement level requires five consecutive years of award recognition, and continuous recognition each year to maintain Platinum status. The Diamond Award is granted to the supplier with the highest overall point achievement.

The awards program is centered on quality measurements that include: on-time delivery, receiving quality, customer-reported quality, administrative quality, operations and business systems. In addition, there are performance measurements such as sales and management support.

“KEMET worked diligently throughout the year to support TTI in all three regions and the employees of KEMET are to be commended for their outstanding performance,” said Melanie Pizzey, TTI vice president, Global Business Operations.