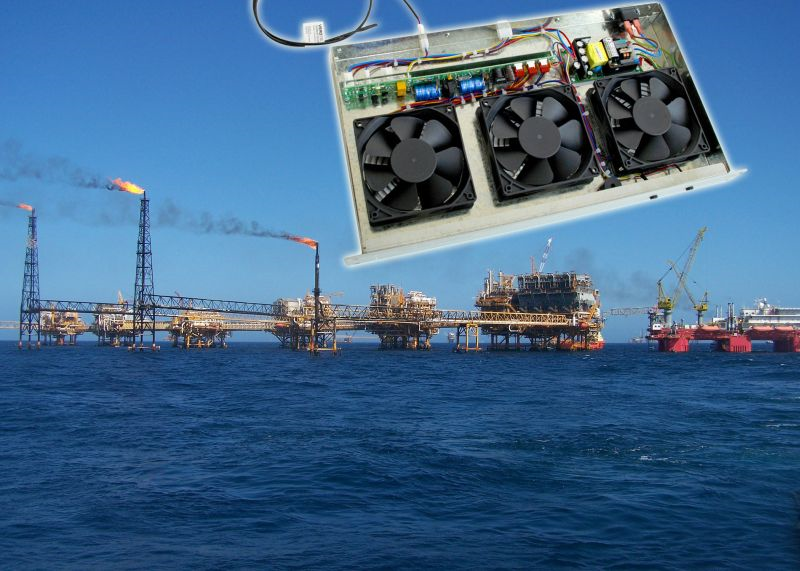 Summer temperatures in Abu Dhabi routinely exceed 40°C, so even in air conditioned control rooms, effective thermal management of electronic equipment is critical if operational life is not to be significantly reduced. Verotec has supplied Yokogawa, a $4 billion corporation specialising in industrial automation systems, with several hundred modified intelligent fan trays, destined for the new Umm Lulu offshore development located 30 km offshore, which is expected to produce up to 100,000 barrels of crude oil a day when fully operational in 2017.

Yokogawa selected Verotec’s 1U 19 inch intelligent fans trays, www.verotec.co.uk/thermal-solutions-c-10.html, because of their high airflow, low noise, low power consumption and controllability. A significant consideration was that Verotec were able to offer rapid delivery from order placement for units modified to withstand the harsh operating conditions of an oil rig. For the project, the audible over-temperature alarms were not required as each fan tray is individually monitored as part of the overall system management function, enabling the cost to be reduced. As the salt-laden atmosphere, found even inside the control room, causes rapid corrosion, the fan trays’ PSU and control electronics were protected by a 50 micron polyurethane conformal coating that was third-party verified as meeting the G3 Harsh requirements of ANSI/ISA S71.04-1985, Environmental Conditions for Process Measurement and Control Systems: Airborne Contaminants.

Following the successful supply of the modified fan trays to The Gulf, Verotec has received further enquiries from Yokogawa operations in India and Belgium.