Inzpire’s GECO (Land) Product to be Launched at DSEI 2015 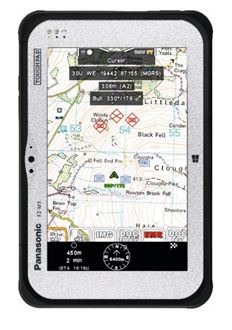 Inzpire’s award-winning and operationally proven GECO (Air) tablet-based product has been further developed in to a land variant, and will be launched and demonstrated to the Defence industry for the first time at DSEI 2015. GECO (Land) provides the military user with a high degree of utility through its use of glove friendly, touch screen technology and a highly intuitive user interface, and will provide lifesaving situational awareness to dismounted soldiers.

GECO (Land) has been designed for soldiers, by soldiers, and is hosted on a range of durable, rugged and lightweight tablet devices that offer a range of benefits including powerful processors, long battery life and the ability to be used with gloved hands and night vision devices. In addition to providing unrivalled situational awareness to the dismounted solider, GECO (Land) can be incorporated into almost any vehicle platform and delivers unrivalled flexibility due to its modular ‘app’ based software architecture; capabilities can be added as and when safety, operational and training requirements dictate. Apps include Navigation, a Specialist Recce and Survey App and a Bespoke Precision Targeting App which is being delivered in conjunction with Forsberg Services.

Simon Oliver, Land Programme manager within Inzpire’s Mission Systems Group has served for 28 years with the Royal Artillery. Simon continues Inzpire’s long tradition of delivering products and services that have been designed by those who have extensive operational experience in their respective fields. He feels that GECO (Land) will provide timely Situational Awareness around the battlefield. He explained:

“GECO (Land) has been developed to do everything that a front-line unit would expect, and need, from a Situational Awareness tool, from blue force tracking to targeting. It is light, packs an unrivalled amount of capability in to its small size, and is compliant with both the US and NATO data standards”.

GECO (Land) is the newest variation of the operationally proven GECO system. GECO (Air) is currently in front line operational use with the British Armed Forces, and internationally on over 15 aircraft types covering Attack, Support and Search & Rescue Helicopters and a range of fighter platforms. The System provides customers with a flexible, interoperable and intuitive military geo-visualisation based capability that operates seamlessly across the joint military domain to support Land, Air-Land and Air missions.