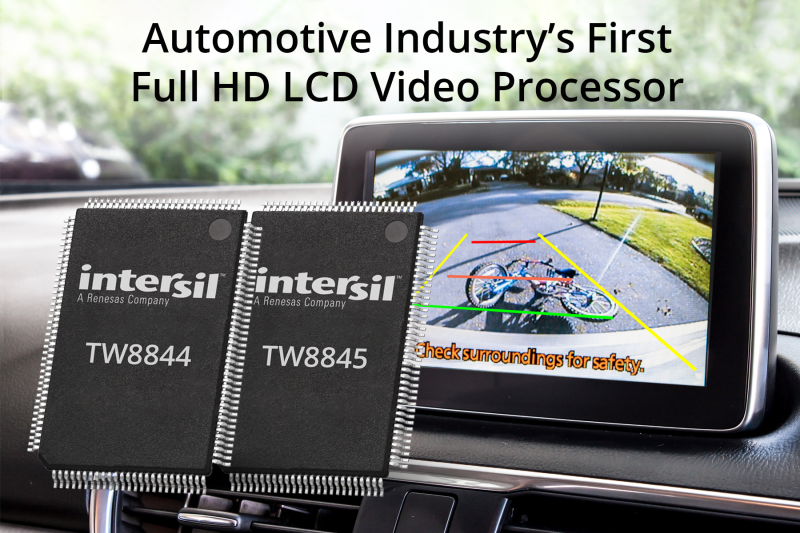 Automakers are starting to make rearview camera systems standard equipment for all new car models worldwide. In the U.S., the National Highway Traffic Safety Administration mandated in March 2014 that automakers implement “rear visibility technology” as standard equipment for all vehicles under 10,000 pounds, as part of the Kids Transportation Safety Act. The new FMVSS-111 regulation specifies that the area behind a vehicle must be visible to the driver when the vehicle is placed into reverse, thereby minimising blind spots. The law aims to reduce the number of deaths and injuries caused by driver backup accidents, many involving young children. The FMVSS-111 law requires that all new vehicles sold in the U.S., beginning in May 2018, have rearview backup cameras and the rear camera video must display in less than two seconds after the driver places the vehicle into reverse gear.

The TW8844 video processor with MIPI-CSI2 output and TW8845 video processor with BT.656 output exceed the requirements of the FMVSS-111 law, displaying live video with graphics overlay in less than 0.5 seconds after vehicle ignition. The TW884x provides a robust rear-camera architecture to overcome the fast boot reliability issues inherent with today’s more complex centre stack systems. Today’s head units are prone to operating system (OS) software freezes and hang-ups that display a frozen image or prevent the rear camera from displaying live video. With SoCs running increasingly complex operating systems, software freezes and hang-ups are more common. The TW884x eliminates this problem by monitoring the SoC and camera output to determine if they are in a frozen or corrupted state. If the TW884x detects any issue, it bypasses the SoC and instantly displays the rearview camera video. 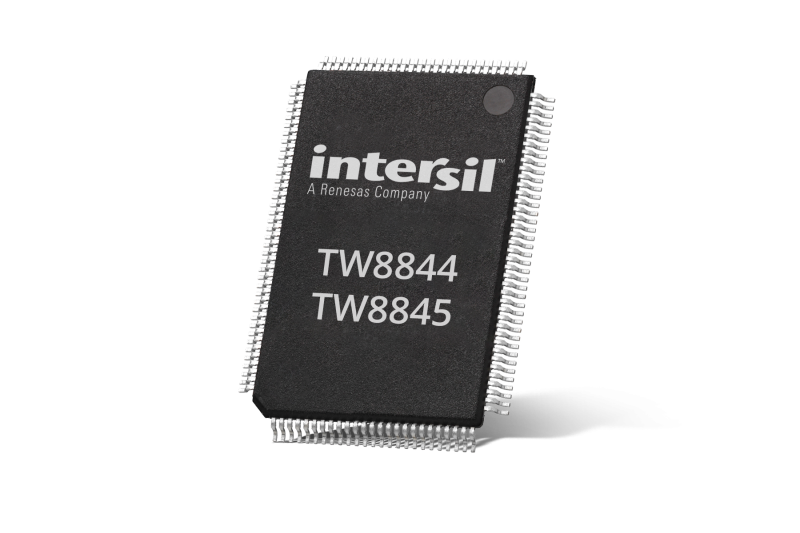 “The TW884x’s frozen detection feature is hardwired to trigger an interrupt signal if thresholds are violated, ensuring the vehicle’s rearview camera is FMVSS-111 compliant and live video is instantly displayed,” said Philip Chesley, senior vice president of Precision Products at Intersil. “In addition, the TW884x’s rearview camera bypass architecture decouples the camera-to-display signal path from the rest of the infotainment system, which makes attaining an ISO 26262 functional safety rating on the camera system easier for automakers.”

Key features and specifications of TW8844 and TW8845 video processors