Industry 4.0: five things you need to know by GD Rectifiers

The adoption process for Industry 4.0 has begun and the industry is already reaping the benefits: cost and risk reductions, performance improvements and enhanced flexibility. Here, GD Rectifiers share with you the five things you need to know about Industry 4.0 right now:

Industry 4.0 is a new approach to achieve results that weren’t possible a decade ago. Some industry experts are describing Industry 4.0 as the fourth industrial revolution, which is the move towards digitisation.

Industry 4.0 has three main benefits: cyber-physical systems such as sensors have the ability to collect data that can be used by manufacturers, systems can trawl through all of the data and form insights that can be acted upon quickly and lastly, the communications infrastructure backing the data up is secure enough to be used by heavy industries. 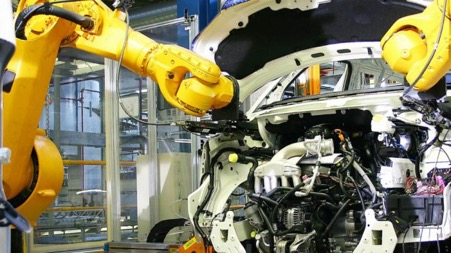 It is thought that smart factories will digest information and communication technology to help revolutionise the supply chain and production line. Machines using self-optimisation, self-configuration and artificial intelligence to complete tasks to deliver cost savings and a better quality of goods and services.

Industry 4.0 was first mentioned in 2013, in a high-tech strategy document by the German government which outlined a plan to fully computerise the manufacturing industry without the need for human involvement. The German government is investing £146 million to encourage research across academia, business and government to become the leading adopter of Industry 4.0.

IoT has a role to play

IoT will play a huge role in Industry 4.0 and will even underpin the development of it. The sheer volume of sensors and ‘things’ have a huge potential to feed information in to Industry 4.0. The two will work alongside one another to combine software, sensors, processors and communication technology.

Industry 4.0 is fast becoming a possibility for low volume manufacturing as companies have the desire to manufacture custom products quickly and cost effectively. The CPS (cyber-physical system) is fundamental to this because it links all levels of the value chain in real-time, not only in the production environment but throughout all internal and external channels, from incoming orders, to design and customisation to delivery.

Levels of automation will continue to rise as the demand for reliability across the system strengthens. The volume of data required for Industry 4.0 will only increase and it is likely that EMC protection as well as speed and length limitations of copper-based cables will become more of an issue.

Accenture, a digital strategist company released a report in January 2015 which concluded that an industrial-scale version of the Internet of Things, or Industry 4.0, could add £9.54 trillion to the world economy by 2030 and the UK alone could benefit by up to £352 billion.

Cisco has reported that UK start ups have a massive chance to benefit by streamlining processes and thinks that the industrial internet will benefit by £100 billion.

Siemens, who already has a smart factory in Germany believe that the global market for industrial automation will post turnover of £134 billion by 2017.

The enormous value of the industry is down to the demand for higher productivity and cost reductions from using real-time data. This is just the beginning for future technologies such as 5G which will have a large effect on optimum frequency.