The global market for semiconductors used in industrial electronics applications overcame a serious fall in 2012 and appears to have come back to life last year, boding well for an even more energetic 2014, according to a new research report from IHS Technology.  The industrial electronics chip market finished 2013 with worldwide takings of $32.8 billion, up 9 percent on the year and which followed a 5 percent fall in 2012, a fall that had raised fears that the market was going to see a further 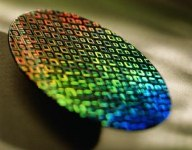 However the market has rebounded convincingly. Employed in various sectors like medical electronics, factory automation, energy distribution and generation, building and home control, test and measurements, and military and civil aerospace, the industrial electronics chip market is forecast for even more potent growth this year. Revenue for 2014 is projected to climb 11 percent to $36.4 billion.

The next four years will also see continued expansion for the market at robust levels. By 2018, industry revenue are expected to amount to some $49.0 billion.

“A recovery in the industrial market on a worldwide scale during the second half of 2013 made industrial electronics the second-highest growth sector in the overall semiconductor business for the year, just behind wireless,” said Robbie Galoso, principal analyst for industrial electronics at IHS. “Moreover, several chip companies and original equipment manufacturers across the industrial application market reported improved revenue and orders in the fourth quarter, which helped to strengthen year-end results.”

Growth was strong in the United States, Galoso noted, spurred by an improved economic climate as well as optimism generated by recovery in the residential housing space. China, another area of growth, also enjoyed solid broad-based revenue increases in industrial segments such as medical electronics, energy, manufacturing, and building and home control. Even Western Europe managed to drag itself out of its financial morass, with leading companies like Siemens of Germany citing the economic rebound as a driver.

Among companies that performed well in the fourth quarter, many rode to a strong finish on the robust sales associated with light-emitting diodes (LED) aimed at the residential market. Here were manufacturers such as Cree from California’s Silicon Valley, Osram of Germany and Philips of the Netherlands.

Also enjoying a banner year was Dallas-based Texas Instruments thanks to factory automation, especially motor drives such as AC and DC variable-speed drives.

The most important countries for the industry were those considered to have the strongest influence on the design of industrial electronics chips, based on the percentage spent by each country on industrial chip design. In 2013 the top five spenders were the United States, China, Japan, Germany and France, with Switzerland, Taiwan, South Korea, Canada and India making up the rest of the top 10.

LEDs are projected to be the industrial electronics semiconductor product with the highest growth within a five-year span, delivering revenue worth $7.8 billion by 2018, as countries continue to ban energy-inefficient incandescent lamps.

Also anticipated to be a powerhouse performer is the segment for thyristors, rectifiers and power diodes, forecast to reach $7.3 billion in total market revenue by 2018.