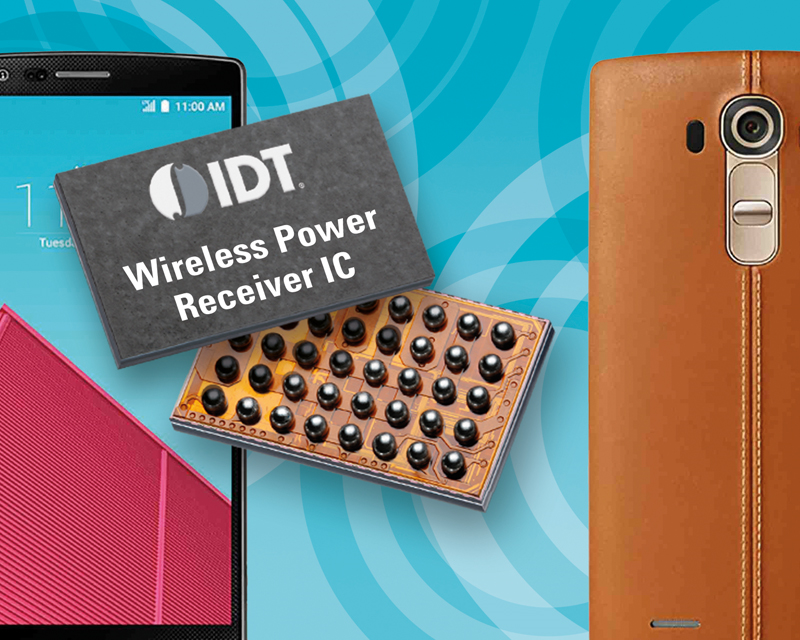 “The wireless power ecosystem is growing at breakneck speed as wireless charging gets closer to becoming a standard rather than a premium feature,” said Arman Naghavi, IDT’s vice president of Analog Power Technology. “At IDT, we have been working closely with leading innovators to deliver on the promise of wireless charging, integrating our chips into smartphones, wearables—even furniture—to make our portable devices easier to charge and more convenient to use.”

“IHS believes 2015 is proving to be a breakthrough year for wireless power as the number of applications featuring wireless charging increases dramatically,” said David Green, research manager for business information provider IHS. “We estimate 55 million receivers shipped in 2014, and that number will jump to almost 1.1 billion in 2018 and nearly 2.3 billion in 2024. So what we’re seeing now is just the tip of the iceberg.” Semtech Corporation, a supplier of high performance analog and mixed-signal semiconductors and advanced algorithms, and …