How thermal imaging cameras have evolved 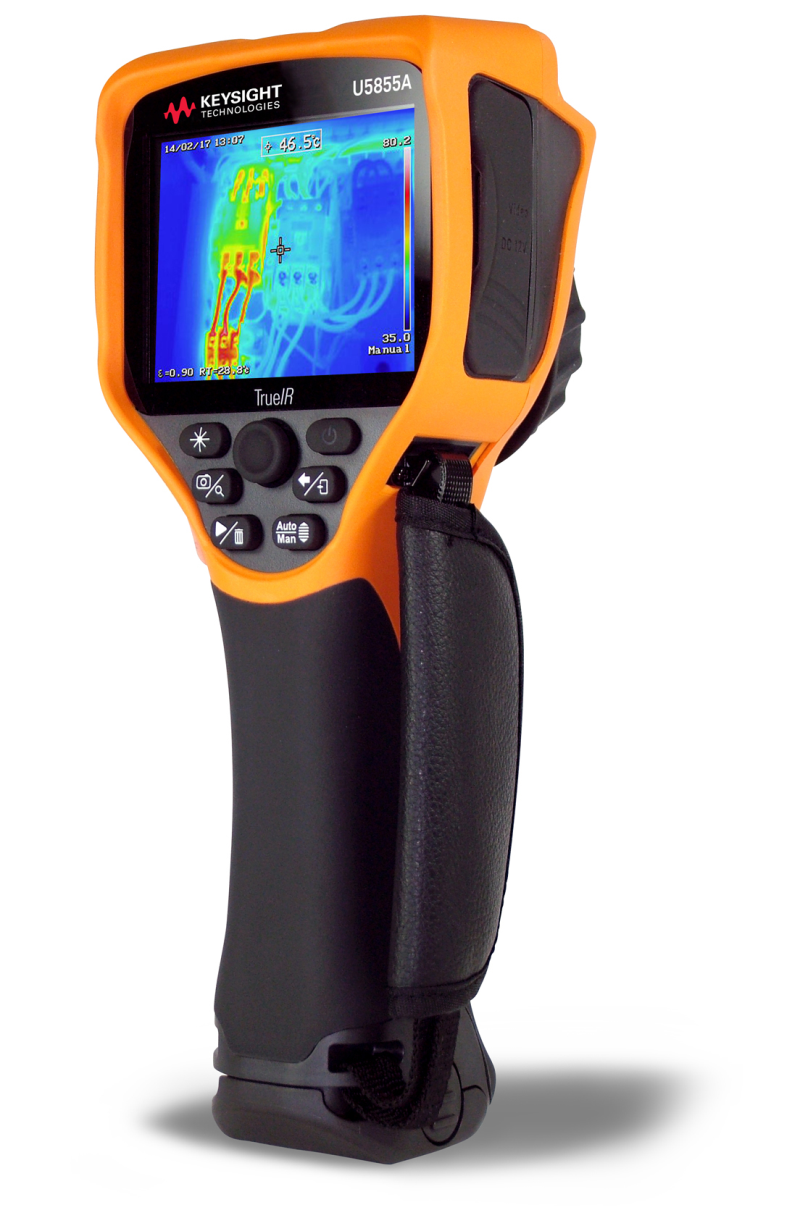 Thermal imaging cameras are not new – they have been around since the late 1960’s.  Back then it could take an hour to produce a single image, but thankfully just about everything about them has changed now – not only their performance but also their size, portability and price.  Charlie McClelland, Keysight product specialist at Aspen Electronics, gives an overview of how thermal imaging cameras have become very useful.

They have recently become much more affordable for so many more applications, and in turn their use saves money by showing things not visible to the naked eye – things that if not corrected, would result in unexpected failure with all the associated costs.

A thermal imaging camera is a specialist device that instantly (in real time) shows the temperature of whatever it is being pointed at, with a resulting image using different colours to indicate differing temperatures of the item being viewed. They should not be confused with IR (Infrared) thermometers. An IR thermometer only takes a single “point” measurement, which is then displayed on a screen as a number. A thermal imager can be thought of as many thousands of “IR thermometers”, all working in parallel, with each one showing a coloured dot according to temperature.

A thermal imager can be used to monitor almost anything, from the human body showing unusual temperatures that could indicate a health problem that requires further investigation; to detecting dampness and heat loss in parts of a building; to understanding thermal characteristics of anything that moves and creates friction – bearings in machinery, fluid in pipelines, components on a circuit board, cable connections, fuse-boards, in fact for any way that we use, move and transform electricity.  Each application has a thermal story to tell, which when interpreted correctly provides insight into how corrective actions and efficiencies can be made and managed in order to save money.  Once the problem is solved a second “good” thermal image can be taken and added to the documentation audit trail.

In one case a poorly installed washing machine on the 3rd floor of a block of flats was leaking down the outside wall behind the plastic facia, causing dampness in the flats below. Without a thermal imager this would probably not be noticed until mould was growing inside, and even then the source would be baffling. Without the imager it could only be seen by erecting scaffolding and removing the entire plastic fascia until the source of the leak could be located – time consuming and expensive.  In another example, a company’s fuseboard had a particular circuit that drew more current than it was rated for.  It caused overheating, but not enough to trip the fuse/circuit breaker.  A visual inspection would reveal nothing, but if left without attention it could have led to a fire with catastrophic results.

A thermal imager means you can diagnose faults, at a very cost-effective price, before they become expensive problems and know exactly what needs to be fixed without invasive investigation.  However, choose a product carefully, like a Keysight TrueIR from Aspen Electronics who can advise and provide a demonstration or a loan unit so that you can “try before you buy”.