In recent years, the IFA trade show has become one of the most important trade fairs in the smart homes sector. As you wander through the 57th edition of the event, one thing in particular becomes clear: buildings, houses and apartments are becoming increasingly smart – and a growing number of them are now voice-controlled.

It’s smart if it’s voice controlled. In line with this motto, a host of companies recently appeared in Berlin to show the world what their development teams have been working on of late. In many cases, this work included smart speakers, similar to the Amazon Echo. For example, Sony presented its new LF-S50G with integrated Google Assistant. In addition to providing full surround sound including a subwoofer, the two-way speaker system also comes with a gesture control function. This allows users to stop the music, change the volume or skip to the next song using swiping gestures. The speaker can also control lights, thermostats and other consumer electronics devices, among other things.

Panasonic also presented a HiFi speaker that is based on Google’s voice-activated assistant – the SC-GA10. Meanwhile, German company Pearl introduced its Auvisio QAS-300 speaker, which can be used together with Amazon‘s voice-activated assistant Alexa. Unlike the Echo speaker, however, this model requires users to press a button to activate Alexa. 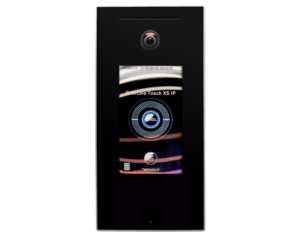 The ULE Alliance, which boasts a number of renowned members such as Huawei, Panasonic, Crow, SerComm, VTech, AVM and Deutsche Telekom, also presented several other voice-controlled solutions for the smart home. Smart home products that are based on the Ultra-Low Energy (ULE) wireless standard can be networked with devices produced by other manufacturers. Depending on the setup and the product, it is also possible to control the ULE smart home using voice commands. The wireless standard benefits from the fact that it uses DECT frequencies, which have been used for decades to make cordless telephony secure. Furthermore, since DECT has a protected frequency range, ULE is not just particularly secure, but also significantly less interference-prone than other smart home standards. Another interesting aspect is that using the standard does not necessarily require an internet connection, as is the case for most voice-activated assistants.

In addition to its recently launched FRITZ!Box 7590, Berlin-based AVM presented several other products, including the next version of its FRITZ!OS operating system, which can also be used to control the smart home, and the FRITZ!DECT 301 – a smart radiator control with a display that is particularly easy to read thanks to the use of e-paper technology.

Telegärtner Elektronik’s DoorLine Touch-XS IP smart door intercom system is not voice-controlled, but is instead controlled via telephone. DoorLine systems can be used to connect your doorbell to your landline or even your mobile phone. The new DoorLine Touch-XS IP with integrated VoIP technology is IP-enabled and comes with a range of features including a high-quality camera with 180° panorama colour picture and a directory with space for up to 1,000 entries, which makes the door intercom system suitable for even very large buildings. Visitors can use the touch screen to select and call the respective contact directly via the directory. The system also offers the option to call a general number by pressing the call button displayed on the screen.