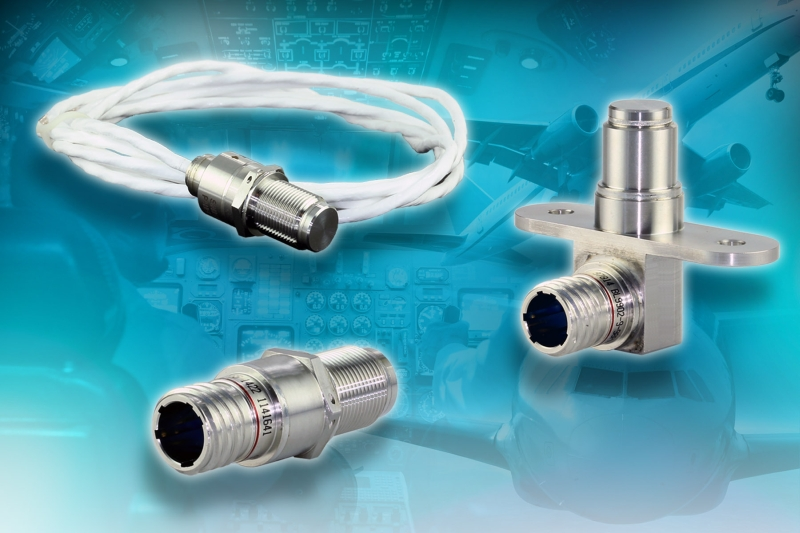 Honeywell IHM Series Aerospace Proximity Sensors feature industry-leading levels of indirect lightning and dielectric ruggedness to meet the increased requirements of today’s composite aircraft, as well as superior vibration resistance. They have a hermetically-sealed, all-welded stainless steel construction for exceptional robustness and durability in harsh environments, eliminating any potential for contamination. Due to their non-contact design technology, Honeywell IHM Series Proximity Sensors detect presence or absence of a target regardless of the often very dirty conditions in which they operate, thereby eliminating mechanical failure mechanisms, increasing revenue and reducing maintenance costs by increasing MTBFs and so minimising downtime.  A further feature of the IHM Series Sensors is the optional third output state to indicate the health of the sensor (whether operating optimally or failed), which again reduces maintenance time and delayed flights, helping to lower overall maintenance costs across the lifetime of the aircraft.

TTI, Inc., a Berkshire Hathaway company, is one of the world’s leading specialist distributors of passive, connector, electromechanical, discrete, power and sensor components. TTI’s philosophy is ‘Lead by Design’, and the company differentiates itself by focusing on people, parts and process. TTI in Europe strives to be the distributor of choice for customers and suppliers alike by introducing new product technologies and by stocking broad and deep inventory across its franchise base. TTI’s sophisticated inventory management system ensures the ability to service changes in demand due to fluctuating markets and supply chains. For more information about TTI, please visit www.ttieurope.com.