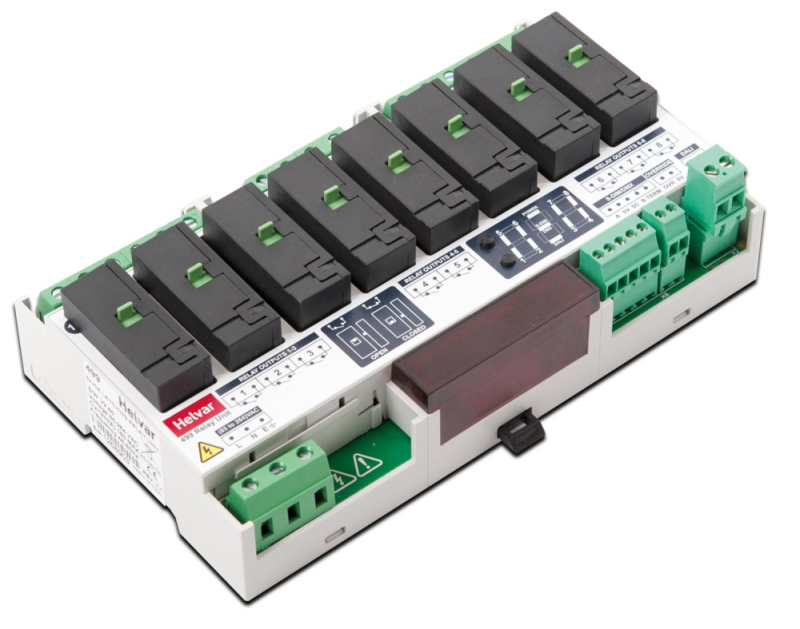 Helvar, the low energy lighting solutions provider, had been a Hitaltech customer for many years when Mark Holmes, Helvar’s mechanical and PCB designer, approached Hitaltech MD Andy Fitzer about designing a new customised enclosure for a new relay unit for the lighting industry.

“We brought in Hitaltech very early on because it’s important to get all the components right from the start,” explains Mark. “We chose Hitaltech as design partners because they are very knowledgeable and they always get back to us. If I need information re the housing from a PCB point of view, I turn to Hitaltech.”

The process began by bringing each company’s engineers together to explore options. Helvar needed a low profile housing as a traditional din rail mounting would have restricted user access. The company had already attempted to “squeeze all the relays into” a suitable enclosure, but they needed the relays to protrude through the housing. Hitaltech were able to suggest a solution.

“It is actually our ‘Modulbox Compact’, which is a low profile enclosure,” explains Andy. “By modifying the existing enclosure and machining custom cut-outs into it, we were able to provide access to the actuators [the green clips on the black relays in the image].”

Hitaltech supplied the green terminal blocks, and printed and machined the enclosure using plastics that meet fire regulations UL94V0. And the apertures were not the only customisation.

“The interesting thing is the red ‘terminal guard’,” says Mark. “We asked Hitaltech to mould that in translucent red so we could use it as an LED display. Terminal guards are usually manufactured in the same material as the rest of the enclosure body, but the translucent material allows us to place a 7-segment LED display beneath it.”

Another key feature of the enclosure is its wiring legends and logo, printed directly onto the enclosure. “A lot of our range features printed graphics which identify the terminals – but usually these are done with overlays,” Mark says. “To line up an overlay on a cut out enclosure would have been pretty difficult, and we certainly wouldn’t have had overlays on the whole enclosure. We would have been restricted to a small area and a regular shape. That would have prevented us from numbering the relays, for example.

“But Hitaltech gave us the opportunity to digitally print the enclosures directly. That saves a lot of time and labour.”

“Printing onto enclosures is a really valuable resource as it enables our customers to have their own identity on the product,” explains Andy. “It can also aid installation. The four-colour printing we use is done digitally at our factory. It is very high quality and is a technique few enclosure-makers can offer.”