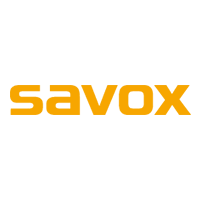 Provider of C3I and communications solutions for defence, security and professional public safety users, Savox Communications, will be exhibiting at Defence and Security event, DSEI 2015 (15th-18th September), at ExCel, London, (Stand N5-442). At the show, Savox will launch the latest variants of its combat headgear system and its compact intercom C3I solution into the European market. The company will also be making a further major announcement at the event.

Taking pride of place on the Savox stand will be its THOR Combat Headgear System, which will be unveiled to a European audience for the first time – not simply to look at, but also to try out for themselves. Already adopted for use by its first customer, the Finnish Defence Force, THOR is an ideal component for the many future infantry soldier modernisation programmes underway globally. It has a major role to play on tomorrow’s battlefields, whether in traditional combat scenarios, or in urban counter-terrorism and security operations, homeland security and Special Forces’ ops.

Also to be showcased at DSEI, the company’s compact intercom system, IMP-CH. Visitors will be able to experience IMP-CH through a working simulation demonstrating its capabilities, daily, throughout the event. IMP-CH has been developed to meet the most demanding C3I requirements for applications aboard the widest B-vehicle inventory on land. At sea, IMP-CH is suited for use aboard small vessels, such as RIBs and larger ships, including corvettes, destroyers and aircraft carriers.

Mikael Westerlund, Savox Communications’ SVP Global Marketing, said, “DSEI is a milestone for Savox, as we demonstrate our strengths in communications and security solutions, gained over 30 years, to an audience with limited experience of our capabilities. We expect to surprise them.

“Both THOR and IMP-CH, the two highlights on our stand, meet the evolving needs of a range of demanding defence and security end users; introducing them into Europe promises to be very exciting, as we make our mark firmly as a defence industry player. For its part, the THOR Combat Headgear System on display will offer visitors a vision of the soldier of the future; as for IMP-CH, we are expecting some good news on that front at the show, so watch this space!”