u-blox (SIX:UBXN), a global leader in wireless and positioning modules and chips, announced that its NEO-M8P high precision RTK GNSS module is featured in HEX Taiwan’s new drone navigation kit: Here+. HEX is the world”s leading open source hardware manufacturer which produces one of the best open source drone autopilots in the world. 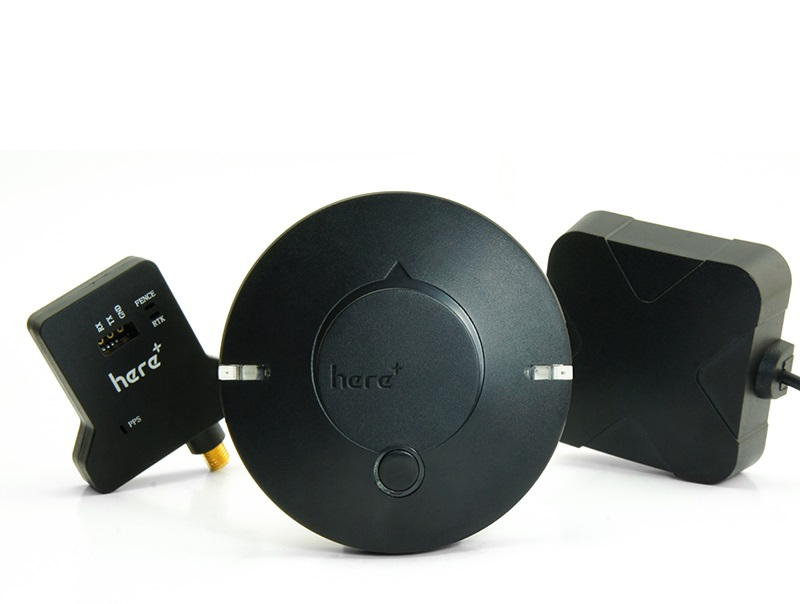 The Here+ RTK GNSS kit is supported by Ardupilot out of the box. It consists of a round rover designed to be mounted on the drone and is connected to the flight controller using the supplied 8-pin CLIK-Mate™ connector (for the autopilot Pixhawk2) or an optional 4pin+6pin DF13 connector (for the Pixhawk1). The base station with its smaller GNSS receiver and an external antenna complete the equipment. Embedded in Here+ is the u-blox NEO-M8P module series. It is the smallest, lightest and most energy-efficient high precision GNSS Real Time Kinematics (RTK) module available on the market, bringing centimeter-level positioning accuracy to the mass market. It is also a complete and versatile solution thanks to its base and rover variants.

According to Goldman Sachs, the drone market should surge to a $100 billion market by 2020, as demand for commercial drones is on the rise. At the same time, there is a clear demand for accurate positioning and navigation at an affordable cost level. HEX’s goal is, therefore, to promote open source drone technology to a larger community and assist drone companies with affordable accessories. Thanks to Here+, these needs are now met and the navigation kit can be used in a wealth of applications, such as agricultural drone, powerline inspection, precision farming, logistics, or 3D mapping, etc.

Gene Wu, Managing Director of HEX explains: “Here+ is the result of our collaboration with Ardupilot, and will contribute to bringing the open source drone industry to the next level. We chose u-blox because its GNSS technology is one of the best on the market. It is an affordable RTK GPS/GNSS solution for drone navigation without compromising on performance. We hope to continue our collaboration for future projects, first and foremost for the second version of Here+ later this year.”

“The NEO-M8P brings high precision technology to the mass market and it is exciting for u-blox to see our technology operate in applications, such as the open source drone industry, that would otherwise be unable to integrate high-precision technologies in their designs,” said Jessie Liao, Business Development Manager at u-blox Taiwan.