HBM HELPS NEDO TO FIND A SOLUTION IN TESTING TIMES! 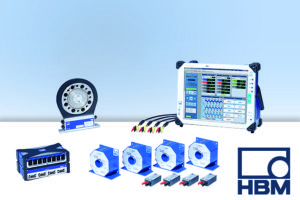 HBM – a market leader in test and measurement – recently helped to provide the Japanese New Energy and Industrial Technology Development Organisation (NEDO) and Motor & Magnetic Materials R&D Centre (MagHEM) with a system which could supply synchronised data in real time, which was an important issue for further development of its new super motor.

As part of the research to develop a super motor that uses new magnetic materials to reduce energy loss and increase its power density by 40%, compared to conventional electric motors, NEDO and MagHEM specified the HBM eDrive testing system, complete with the dynamic GEN7tA power analyser.

By integrating this system into its test bench, this meant that the process was simplified, without compromising on reliable data.

HBM eDrive Testing is the revolutionary system for analysing electrical invertors and electrical machines.  Mechanical signals (e.g., torque) and electrical signals (current and voltage) are acquired simultaneously, helping to better understand the electric drive and its losses in minutes, rather than days.  This is important for the optimisation of the drive as well as the increase in efficiency.

By synchronising the measurements of all parameters, this meant that the process was not only made substantially simpler for NEDO and MagHEM’s research but it also greatly improved test efficiency, as real-time computation enabled simultaneous observation of measured waveforms, such as magnetic flux and torque waveforms, as well as computed waveforms, such as iron loss separation.

As iron-loss separation requires data in the switching frequency range of the inverter, high-speed sampling is necessary.  However, whereas the old system meant sampling was slow and impossible to capture the phenomenon in the relatively high-speed regions in order to investigate torque ripple or switching frequency related issues, the HBM eDrive system was able to measure voltage and current signals with high speed sampling of 2 MS/s and provide ½ cycle power measurement calculation.

Furthermore, the eDrive was also able to accurately process all raw data at high speed, with the added option of a Genesis HighSpeed 1000 V input card to directly measure a high voltage of 600 V.

As output can be quickly viewed on one screen, as opposed to switching between the time-axis and the FFT display, the new system provides researchers with a simple and user-friendly alternative