Has Bosch been using a ‘mole’ to spy on Dyson? 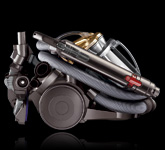 According to the British appliance maker Dyson, Bosch has been using a ‘mole’ to obtain technical information about the company’s high-speed digital motors used in its vacuum cleaners and hand dryers. According to the company the ‘mole’ worked at Dyson”s Malmesbury factory in the southwest of England. Dyson has begun legal proceedings against the company accusing the German manufacturer of illegally acquiring its technology.

Bosch said it was trying to establish what had happened and it regretted that Dyson had begun legal proceedings.

The British manufacturer, which is run by the inventor James Dyson, has pioneered a host of innovative home appliances such as a bagless vacuum cleaner, bladeless fan and heatless hand dryer. It said that the employee involved was a motors engineer who had previously worked for Bosch and was being paid by the German company to get information.

The employee, according to the company was dismissed earlier this year over the allegations, but gave no further information about the worker.

“Bosch”s vice-president for engineering employed a Dyson engineer and benefited from our confidential know-how and expertise,” Mark Taylor, Dyson”s research and development director, said in a statement.

He said Dyson had spent over 15 years and 100 million pounds ($160 million) developing its motors and the company was “demanding the immediate return of our intellectual property”.

In response Bosch said that it had sought to establish the full details of what occurred, including attempting to establish from Dyson what, if any, confidential information supposedly passed between Bosch and Dyson.

A statement from Bosch said that it “regrets that Dyson has chosen to issue legal proceedings and a press statement at this stage, but will continue to act in the appropriate way”.